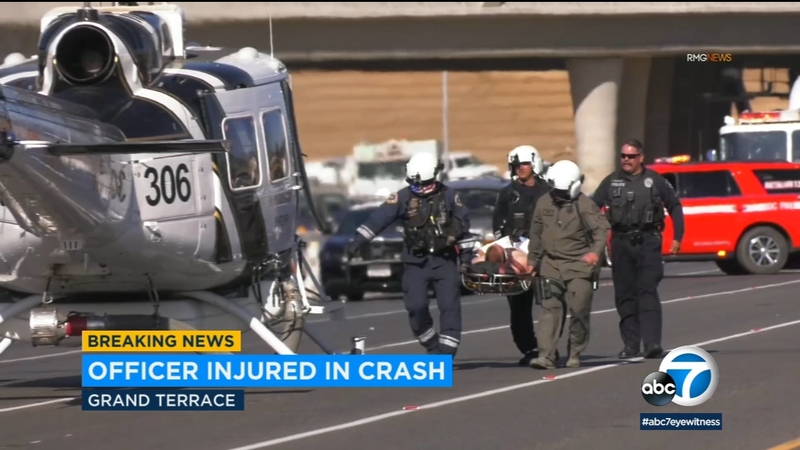 Ontario officer airlifted after crash on 215 in Grand Terrace

GRAND TERRACE, Calif. (KABC) -- An Ontario police motorcycle officer was recovering after being airlifted to a hospital Tuesday following a crash on the 215 Freeway in Grand Terrace, authorities said.

Police said later Tuesday that the officer was walking and talking and his injuries were considered not life-threatening.

The crash happened shortly after 3 p.m. on the southbound side of the freeway, near Barton Road, according to the San Bernardino County Fire Department. Whether any vehicles besides the motorcycle were involved was unclear.

Major traffic collision involving motorcycle on I-215 southbound at Barton Rd. Only 1 lane open for investigation. Please avoid area and use alternate route.

All southbound lanes except one were closed while crews worked to clear the scene.