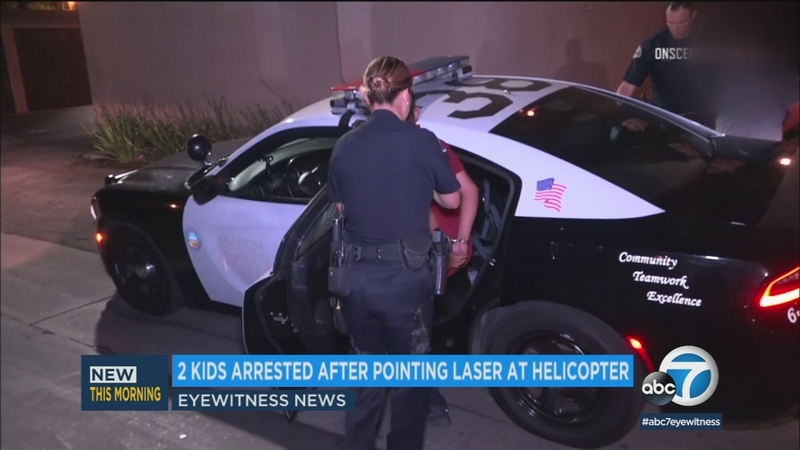 ANAHEIM, Calif. (KABC) -- Authorities arrested two juveniles after they were accused of shining a laser pointer at a police helicopter overnight in Orange County.

An Anaheim Police Department helicopter was flying around shortly before 12:30 a.m. on Tuesday when it was hit with the laser.

Police were able to track down two juveniles in the 1000 block of East La Palma Avenue and they were taken into custody for a short time before being released to their parents.