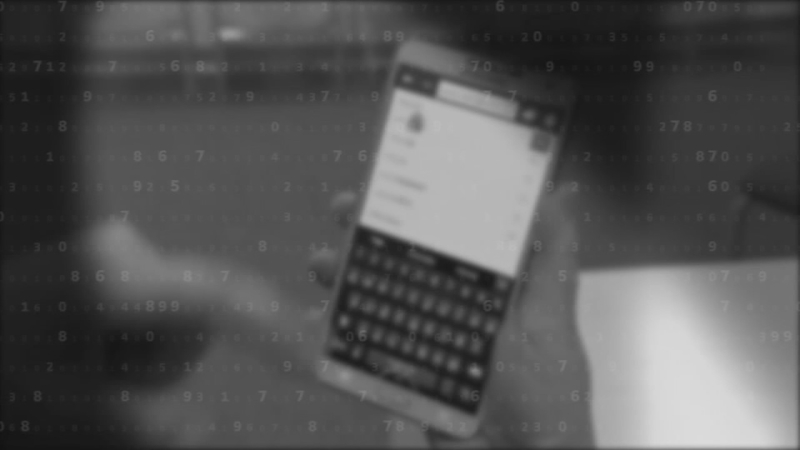 MISSION VIEJO, Calif. (KABC) -- At 7 a.m. sharp on a cloudy May morning, a line of federal agents drew their guns and approached a home inside a gated community in Mission Viejo.

The agents from Homeland Security Investigations banged on the door and yelled, "Police with a search warrant, open the door!"

The team responded to a tip about an IP address at the home.

The homeowner opens the door and the agents enter the house. They interview everyone inside and begin searching for any devices that connect to the internet.

After a few hours, the agents confiscated two computers and left the home. They didn't make any arrests, but hope possible forensic evidence would lead them to a suspect.

The agents are part of the Orange County Child Exploitation Task Force (OCCETF), a multi-agency team assigned to investigate internet-related crimes against children. Last year, the task force made 36 arrests, which resulted in 27 indictments and 24 convictions.

In 2013, the team intervened on another case involving a 13-year-old girl.

He said his daughter showed him a series of texts from an older man. The suspect allegedly sent her lewd photos of himself, and asked her to send him some in return.

Her father said the suspect found her number on Instagram.

Luckily, in that case, the teen never met the man. The task force stepped in, tracked him down and arrested him. The girl's father, was shocked and angry about the whole ordeal.

"With the internet and with devices and with the apps that are out there, these predators have keys to our kid's bedrooms," he said.

Another function of the task force involves teaching parents about online dangers and how to protect their children. Investigator Sandra Longnecker and Special Agent Abend spent one evening speaking to parents at Grace Christian School in Cypress about cyber-bullying, online predators and prevention.

"It's amazing all these chats, these things that are on there, that are so accessible to any child at any age," said Kara Guastella. "It's scary."

"Half of the sites I had never heard of, because I'm not on social media, so it gives me information to look at," Natalie Durley, a parent, said after the two-hour presentation.

Longnecker said the most crucial thing parents can do is talk to their children to create an open dialogue.

"If parents are communicating with their kids about internet safety, talking to them about their devices, watching the devices, this stuff will be nipped quickly before it gets to this point," said Longnecker.

The next day, two more agents from the task force gave a similar presentation to a group of students. That message focused on being aware of who and what is on the internet and social media.

"I feel like the most important for me was a reminder that it affects my life later on," said 14-year-old Abigail Meade.

"It makes me more cautious of what I do and what I download onto my phone," said 14-year-old Tyler Jones.

The man whose daughter was targeted hopes parents learn from his story and heed this warning: "Predators are one step ahead of us. Protect your kids, because you never know, it may just happen to you too."

The task force said one of the best resources for parents is "Netsmartz," a program founded by the National Center for Missing and Exploited Children (NCMEC).