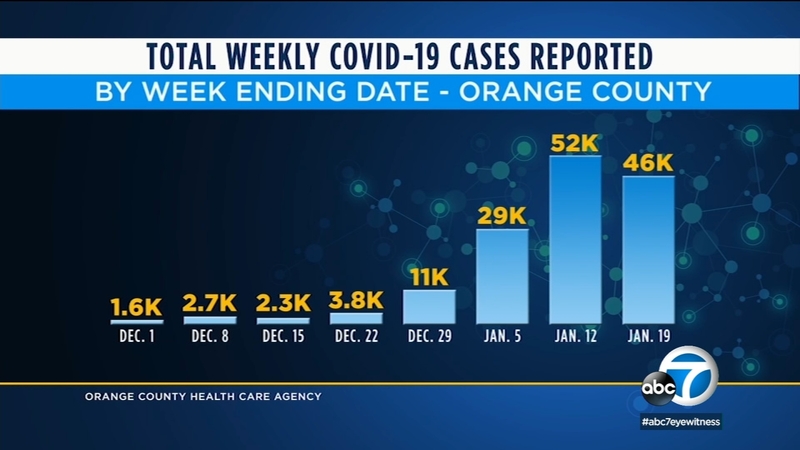 There may be signs that the surge in the COVID-19 omicron variant has peaked in Orange County, where school districts are reporting lower numbers of absences by students and teachers, officials said.

The promising indicators come after a spike in absences that was seen as classes resumed following winter break. The county had recorded a three-week-long surge in COVID cases and hospitalizations.

"We're seeing maybe the trend reversing, so we're seeing somewhat getting back to normal," said Fermin Leal, spokesman for the Orange County Department of Education.

Several school districts across the county had initially reported student absences were up following the winter break.

"We've seen our absentee rates go from about 4% to about 15, 16% at the peak -- that's almost triple or more than triple our average," Leal said.

"I wish I would have hugged her tighter." The Pasadena woman's husband said their newborn son was saved as she got sick.

Staff has also been calling in sick, turning administrators into teachers.

"Anyone from a principal to a deputy superintendent to assistant principal -- all these administrators have been filling in classrooms, generally because of the high rates of teachers who are either in quarantine or out sick," Leal said, "and also because there's just a general shortage of substitutes across the state."

But the situation may be turning around.

A look at weekly COVID-19 cases reported in Orange County showed the trend going in a promising direction in the past week, down to about 46,000 from 52,000 cases. 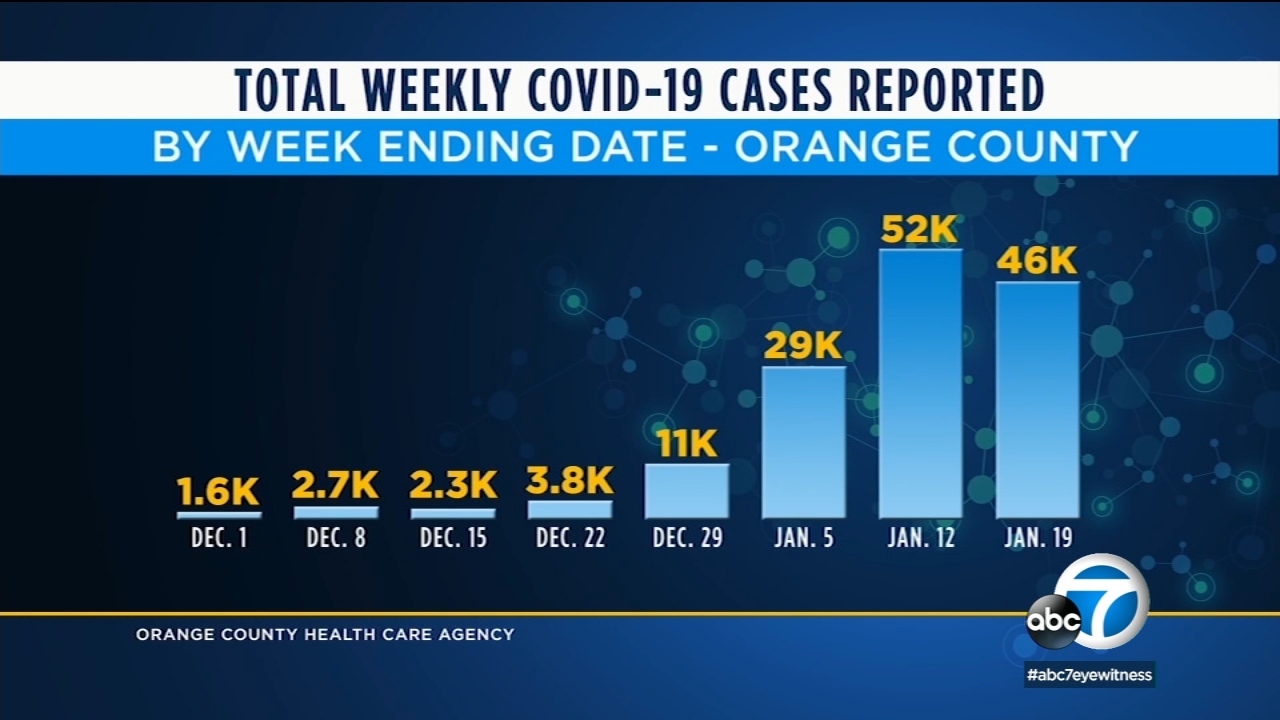 A closer look at cases by child age group is not as convincing. There was a slight drop in the seven-day average rates among 15- to 18 year-olds,

Across other age groups it may be too soon to tell. For Santa Ana Unified School District this week, it appears things are turning around.

After seeing attendance as low as 80% in the last three weeks, more students returned to class on Tuesday and Wednesday.

"We are starting to see the trend come back up, so we are at about 89% as of today," Leal said.

School district funding is contingent on students' average daily attendance to districts. Everyone is hopeful there is some relief from Sacramento, otherwise the districts may be on course to lose millions of dollars.