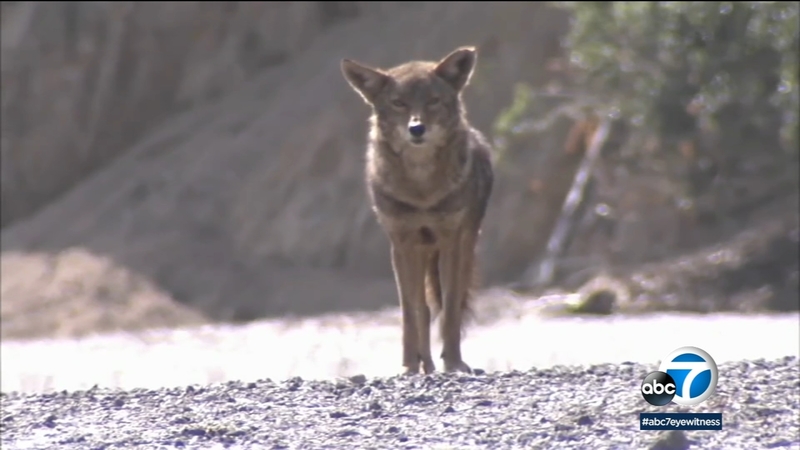 HUNTINGTON BEACH, Calif. (KABC) -- Coyotes sightings across Orange County happen all the time, but the recent attack on a little girl in Huntington Beach next to the famous pier is raising concerns about the animals once again.

California Department of Fish and Wildlife Biologist Rebecca Barboza says these coyotes normally do not come out of wilderness areas to attack people and pets.

"They have adaptable feeding habits and behaviors that enable them to live in just about any habitat type that we have in California," Barboza said.

However, over time they learn not to be afraid of humans because they're fed, or have easy access to food.

"They're omnivores, meaning they eat everything so they eat plant material as well as animal material," Barboza said. "Anything that's going to provide them a food source and a hiding place, that's where they're going to be."

Residents like Debora Martin want to educate the public about coyotes that come into their communities.

She started a Facebook page ten years ago after pets were being attacked.

"Every time a coyote sees somebody and nothing happens the coyotes learn that that person is nothing to fear,' Martin said. "That there's no consequences for being around people."

Fish and Wildlife confirmed DNA from one of two coyotes shot and killed last week in Huntington Beach matched the coyote that attacked a 2-year-old girl on the beach on April 28.

A young girl was in the hospital Friday morning after she was attacked by a coyote in Huntington Beach, prompting a search for the animal.

"Over the years we've seen a progressive increase in the population, the size of coyote population, and in places where we never saw them coyotes before we're seeing them now," she said.

Also, Barboza said the best thing you can do is not feed or leave trash out, and keep small pets indoors and their food secure.

"They are not going away so the best thing we can do is to learn to coexist with them," Barboza said.

If you encounter a coyote, make yourself look larger than you are, and make loud noises so you can scare it away.

The city of Huntington Beach is hosting a coyote town hall on Monday, May 9, 2022, where people can get their questions answered. It will take place at 6 p.m. at Council Hall Council Chambers.