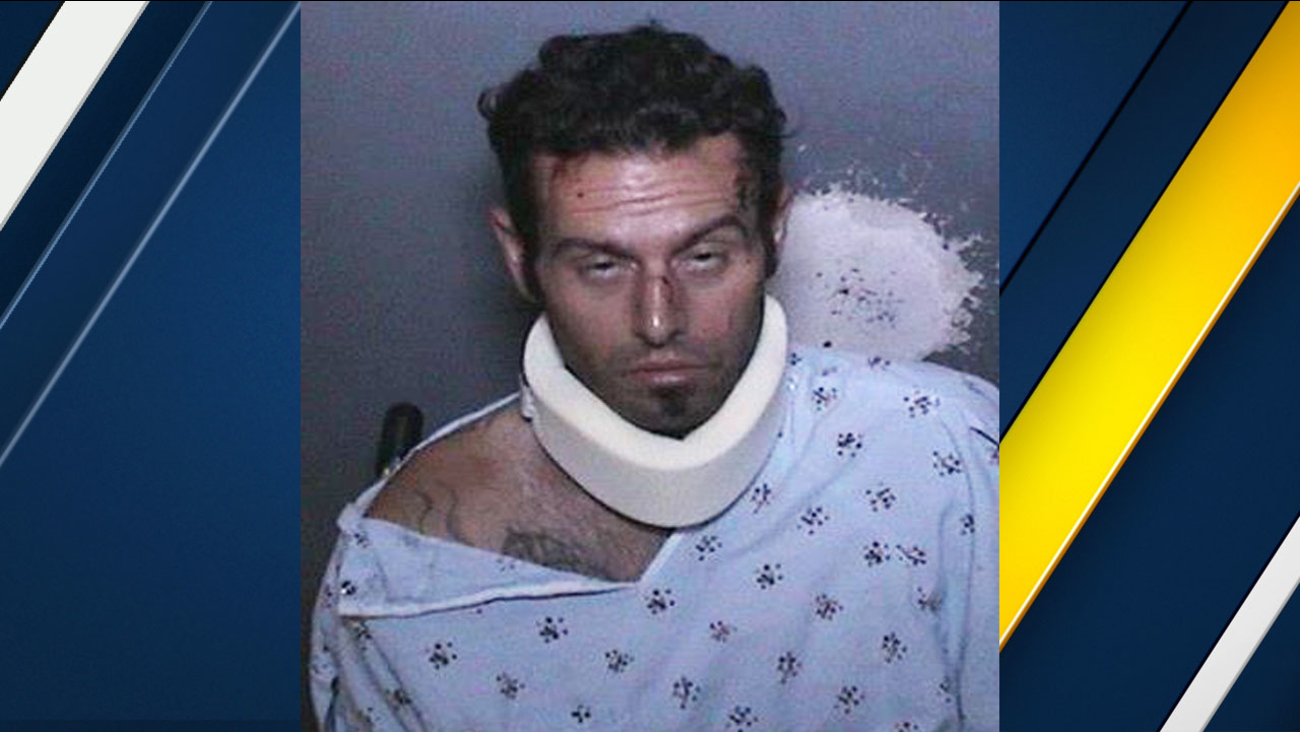 A booking photo of Garret James McKinnon, arrested in a suspected DUI crash that left him and five others injured on Saturday, June 23, 2018.

A man arrested in 2013 for driving drunk and leading police on a chase is behind bars again for a suspected DUI crash in Orange County that left six people injured, including himself, police say.

Garret James McKinnon was booked on an outstanding no bail probation violation warrant after allegedly causing a wreck on June 23 near the intersection of Flower Street and Warner Avenue in Santa Ana.

Santa Ana police said the suspect failed to stop at a red light and crashed into four other vehicles, which resulted in six people being injured, including himself.

The passenger in the suspect's black SUV sustained major injuries, including a spine fracture. A passenger in another involved vehicle sustained several vertebrae fractures and internal bleeding to her liver, police said.

After the crash, the suspect was initially contacted by officers as he crawled out of the overturned vehicle. He sat briefly on the curb, as asked by officers, before he took off on foot. Following a short pursuit, the driver was taken into custody and identified as McKinnon.

Santa Ana PD collision investigators worked to secure a warrant for McKinnon's blood, believing he was under the influence while operating a vehicle. The warrant was served and the blood, along with McKinnon's medical records, were seized as evidence. With the assistance of the Orange County District Attorney, several charges were filed and a warrant was issued for McKinnon for DUI, resisting arrest, driving with a revoked license and more.