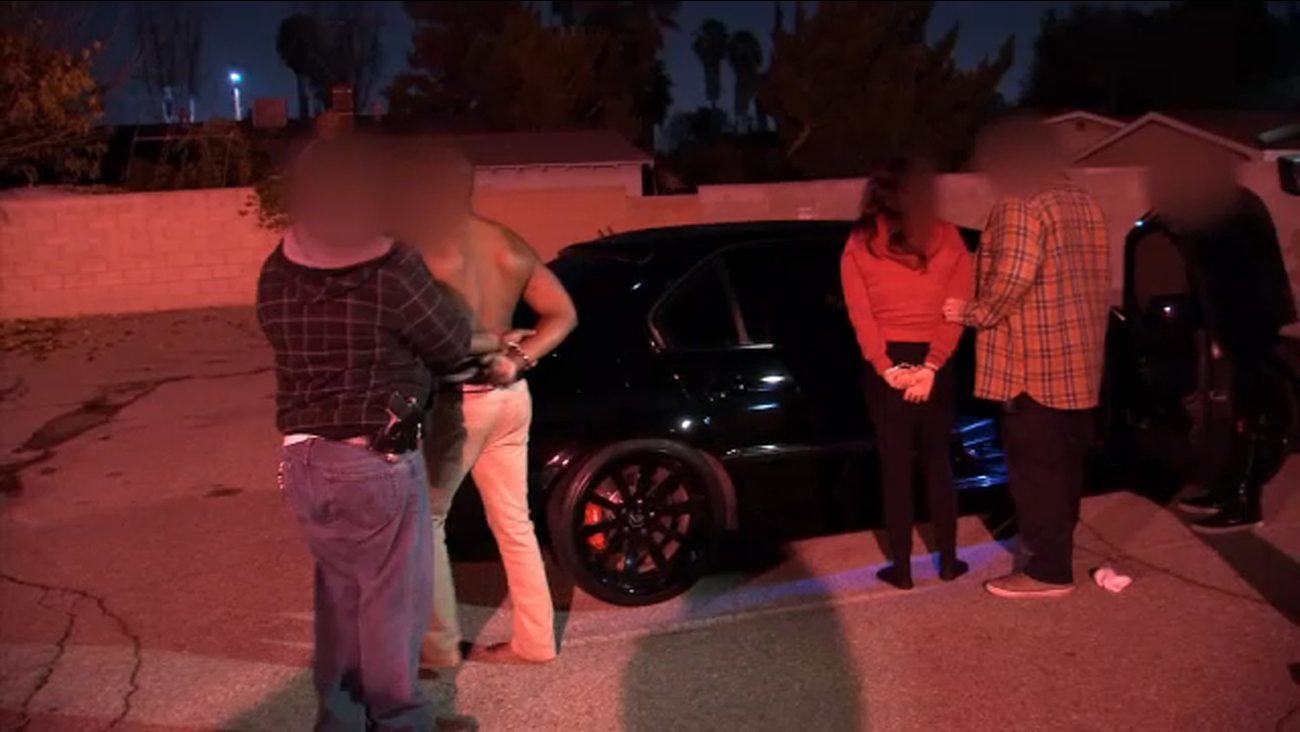 This is a file photo of people being taken into custody in connection with human trafficking.

A task force set up to help fight modern-day sex and labor slavery announced it's seeing an increase in the number of victims it helps.

Last year, the task force helped 415 human-trafficking victims and more than 25 percent of those were minors, officials said in an annual report released Thursday.

The number of victims of labor trafficking was 48, 359 were sex trafficking victims, and six were victims of both. Two fell into a category of unknown.

Another trend officials are seeing is a rise in the number of referrals outside of law enforcement. Lita Mercado, director of nonprofit Waymakers' victim assistance programs, said 57 percent of referrals last year came from a combination of sources outside of police that included calls to a hotline, victims asking for help on their own and family and friends sending them in for assistance.

Spitzer praised the task force for taking a more progressive view of issues related to prostitution and focusing more on pimps.