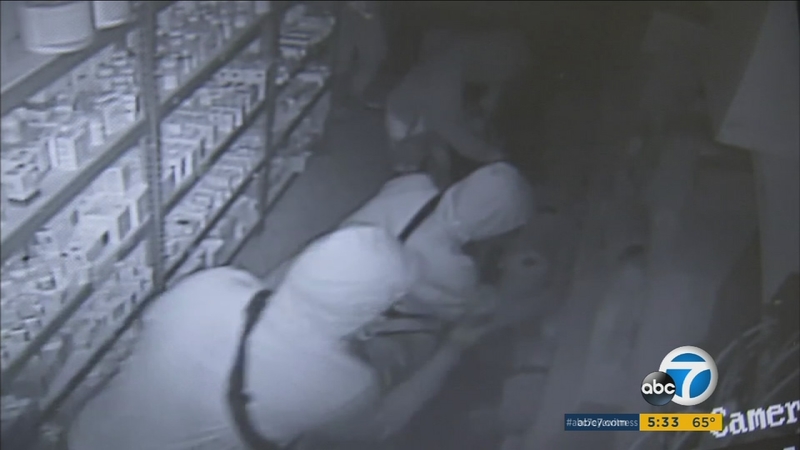 ANAHEIM, Calif. (KABC) -- At least five pharmacies were burglarized in Orange County overnight, and authorities are working to determine if the crimes are connected.