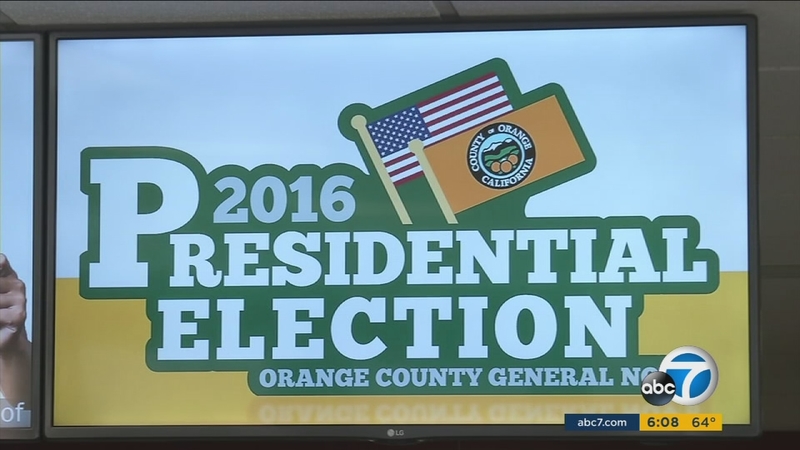 Historically known for its reputation as a GOP stronghold, primary voting indicated a possible switch as Democrats turned out 20 percentage points higher than Republicans.

Democrats hoped to carry that momentum and pick the party's presidential candidate for the first time since 1936.

"They lost 1 percent in one month, and it's just been continuously going down since then, this is just going to continue on until this county is blue," Democratic Party of Orange County Chair Henry Vandermeir said.

Vandermeir said the shift has been a long time coming thanks in part to millennials and Latinos.

"A little over eight points ahead of where the Democrats are at with their absentee turnout and that lead has been increasing daily," Babbitt said.

Former dean of Chapman University's law school Tom Campbell said the change has been caused by the Democratic and Republican candidates: Hillary Clinton and Donald Trump.

But he called it a temporary phenomenon.

"A woman candidate for the first time for president and Donald Trump who attracts, I'm sorry to say, a substantial amount of negative reaction," Campbell said.

No matter the cause, both parties said they're confident heading toward Nov. 8th.