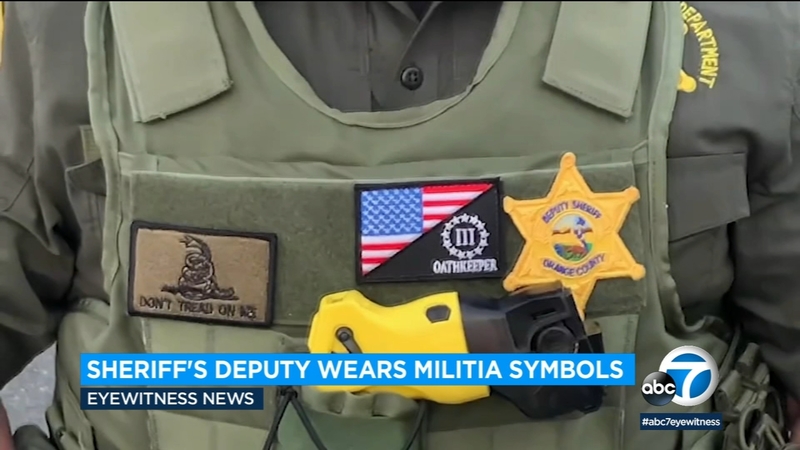 Video surfaced on social media taken during a George Floyd protest in Costa Mesa on Monday.

The deputy was wearing sewn on patches for "OathKeepers" and "Three Percenters."

Internal Affairs is investigating and the deputy is on paid administrative leave.

Orange County Sheriff Don Barnes says such patches are prohibited and the timing couldn't be worse.

"The public sees that as a symbol or symbolic of oppression or racism or extremist views. That is not okay with me. I do not tolerate that behavior. My hope is that the public realizes that act of this one individual is not representative of not only the rest of the sheriff's department, but it's not representative of law enforcement," Barnes said.