Orange County made $13 billion in tourism in 2018, study says 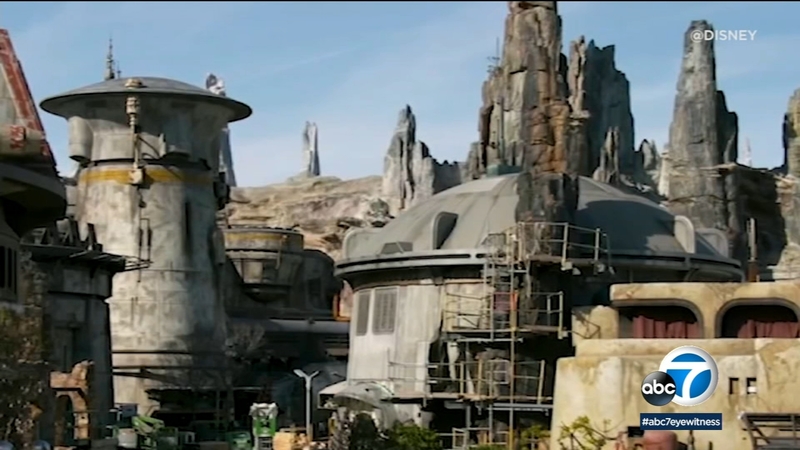 Tourism is up in Orange County, O.C. Visitors Association says

ANAHEIM, Calif. (KABC) -- The 11th annual Orange County Tourism Conference is Wednesday at the Hilton, where all the big players in the industry locally and with the state will share the latest numbers which show tourism is up across the board.

From theme parks to family-friendly options Jay Burress, President and CEO of Visit Anaheim and the Chairman of the Orange County Visitors Association (OCVA), said the area's beaches and theme parks may attract visitors to the area, but then they're adding on other things and extending their stay - whether it's our craft breweries or culinary scene which people didn't know about before. So they're discovering other parts of Anaheim and Orange County and that's great for repeat visitation as well.

"The last few years, we've seen a real renaissance in the community. I think you'll continue to see that with the opening of Star Wars: Galaxy's Edge," Burress said.

Brittney Rarig was in Anaheim to celebrate her son's birthday.

"My son's birthday is next month, so we thought we'd bring him before he turns 3," Rarig said.

Rarig's mother, Debbie Edwards, said it was about family tradition.

"My parents brought me to Disneyland growing up. We wanted to start that tradition with our children, and now they are doing that with their children," Edwards said.

According to a study released by the OCVA by CIC Research, Orange County saw more than 50 million visitors in 2018, bringing in just more than $13 billion.

According to a report from Visit California, the entire state saw a 5% increase in 2018 in spending at restaurants, stores and other businesses.

"Over 3% growth in Anaheim alone in international, and a larger than that jump in Orange County in international visitation, which has been a big focus of our organization at the OCVA," Burress said.

It was big enough to attract Ryan Little, who brought his family from New Zealand for a Southern California theme park adventure.

He advised others: "Bring a big credit card, since there are lots of shops."