His family said he was at a Dodgers game and believes he was biking to the downtown L.A. metro station to head home.
KABC
By Sophie Flay 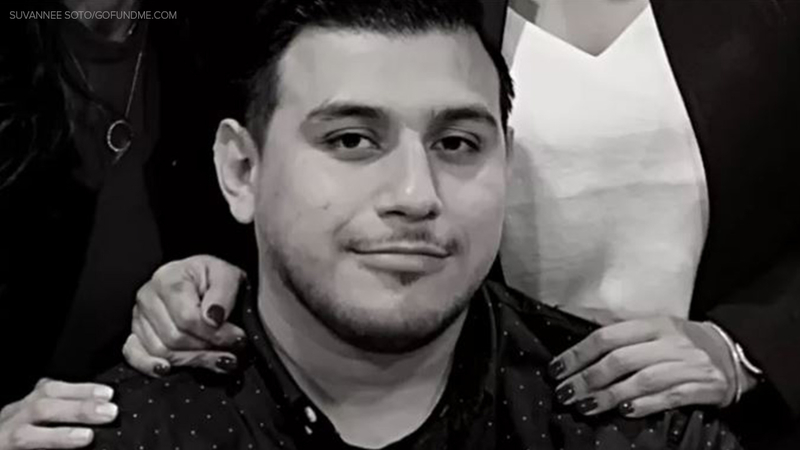 Bicyclist killed in DTLA when man allegedly pushed him off bike

DOWNTOWN LOS ANGELES (KABC) -- A 28-year-old was killed when another man reportedly pulled him off his bicycle, causing him to suffer fatal injuries to his head when he fell to the ground, according to police.

The Los Angeles Police Department have since declared this a homicide investigation, and Gaytan's family is looking for more information.

"We have questions and we want answers, and it breaks our heart," said Gaytan's sister, Jocelyn, who did not want to share her last name.

According to the family, Gaytan lived with his mother and father in Duarte.

They said he was at a Dodgers game Monday night and believes he was biking to the downtown L.A. metro station to head home. According to Gaytan's sister, they've been given very few details about that night from authorities.

She described her brother as caring, respected and loved by the community.

Gaytan was a decorated student athlete and received several certificates of excellence throughout his career as a nurse.

Meanwhile, police are still looking for the suspect involved. He fled the scene on foot, according to LAPD.

Investigators are describing the suspect as a man between 30 and 40 years old.

As the Gaytan family gathered to remember their loved one, Duarte community members have organized a GoFundMe to help the family pay for funeral services.

"I appreciate all the love for my son and my family," said Sandra Gaytan, Oscar's mother.