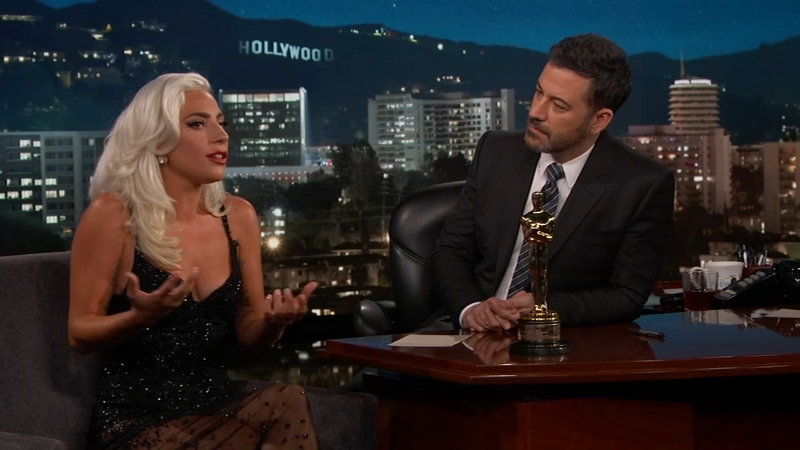 If you thought the duet between Lady Gaga and Bradley Cooper during Sunday's Oscars was more than just a performance, you wouldn't be the only one.

Social media went wild over the pair's chemistry as they serenaded each other during "Shallow," but when Jimmy Kimmel asked her about the romance rumors, Gaga rolled her eyes.

"First of all, social media, quite frankly, is the toilet of the internet," she reflected. "And what it has done to pop culture is abysmal."

The rumors swirled despite the fact that Cooper has been dating Irina Shayk for years, and they have a child together. Gaga first seemed to address the matter on Twitter on Monday, calling Cooper a "true friend."

Nothing could be more special than sharing this moment at the Oscars with a true friend and artistic genius. pic.twitter.com/Khy9ooCJDZ

Gaga told Kimmel that everything viewers saw was orchestrated to create a romantic moment.

"People saw love. And guess what? That's what we wanted you to see. This is a love song, 'Shallow.' The movie, A Star Is Born, it's a love story," she said. "We worked so hard. We worked all week on that performance."


Gaga continued: "I'm an artist. I guess we did a good job. Fooled ya!"

During her appearance on Jimmy Kimmel Live on Wednesday, Gaga also reflected on the moment that "Shallow" won Best Original Song, the only Oscar won by A Star Is Born in a night where the award-wealth was spread wide.

"I swear when we won it was like my whole artistic journey flashed before my eyes," she said. "And I instantly saw myself sitting on my stoop of my studio apartment in New York City on the concrete with my keyboard next to me trying to figure out how I was going to lug my keyboard again up my walk-up. And you know, it's just, it's incredible. This was hard work."

A Star Is Born will be in theaters again for one week with 12 minutes of additional footage, Warner Bros. announced on Wednesday.