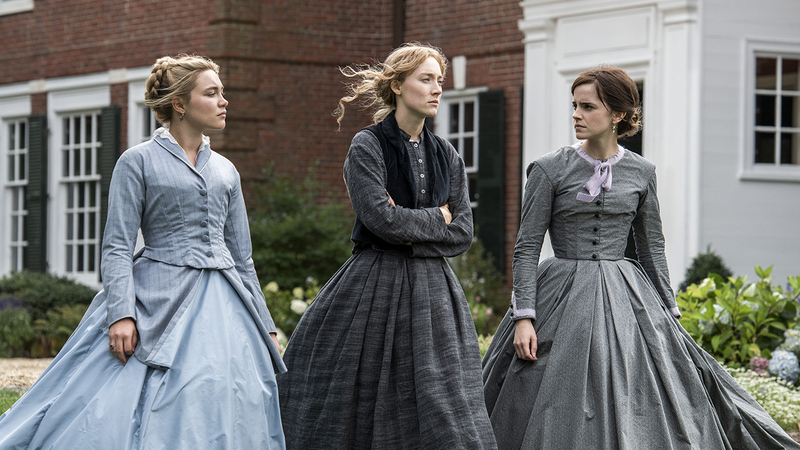 NEW YORK -- It's called the "Class Photo," a picture taken at the recent Oscar nominees luncheon, and it was a snapshot of progress with more female nominees gathered than ever before. And yet, the nominees for directing are once again all male -- despite the fact many thought Greta Gerwig deserved a nomination for directing "Little Women."

So was Gerwig robbed?

"Yeah, I think it's pretty clear she was," TV and film producer Joe Pichirallo said.

Pichirallo, the former chair of the undergraduate film and television program at NYU's Tisch School of the Arts, pointed out that Gerwig is nominated for writing "Little Women" -- but she was still snubbed in the directing category.

"Over the entire history of the Academy Awards, only five women have ever been nominated," he said. "Greta being one for 'Ladybird' in 2017."

Only one woman, Katherine Bigelow, has ever won, when she took the trophy home for "The Hurt Locker." Pichirallo suggested a possible reason.

"The voting population of the Academy is overwhelmingly male," he said.

The Academy has worked hard to change that by inviting hundreds of new members in recent years, with an aim to get a more diverse pool of voters.

Theron spoke at the premiere of a movie she starred in and produced, but "Bombshell" would never have been made if she hadn't stepped up to make ensure its production.

"If we don't get shut down, then it's not worth making the movie," she said. "That's kind of our bar now."

The future lies with more female stars like Theron using their clout and leading the way for other women.

"I think the (female) writers are changing it, because they're writing women more honestly," she said. "Creators of shows being female give a perspective that men just can't give, and I think all of those things are changing our industry."