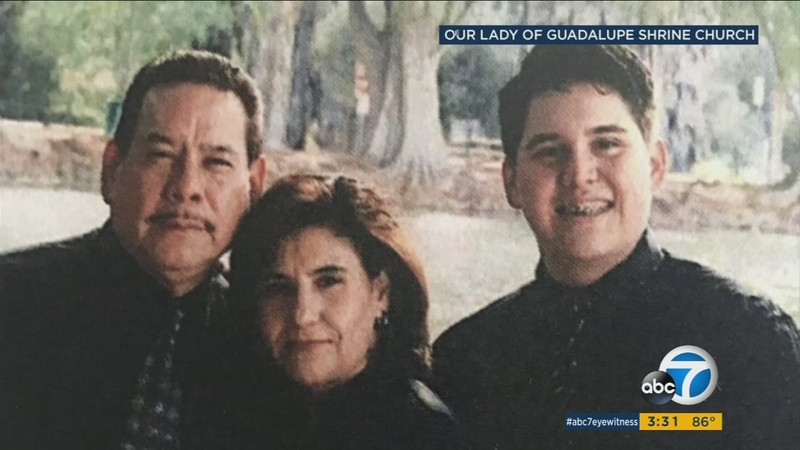 RIVERSIDE, Calif. (KABC) -- The pastor of a Riverside church said the religious community was devastated over the deaths of three members who died in a fiery multi-car crash on the 605 Freeway in Whittier earlier this week.

Father Alfonso Duran spoke about the family Friday, saying they were all very involved at the Our Lady of Guadalupe Shrine Church. Loved ones identified the victims as Oscar Davila, 19, and his parents Mario and Maribel Davila.

The three were killed when an off-duty LAPD officer, identified as Edgar Verduzco, 26, crashed into their vehicle on the freeway as he was driving at a high speed Tuesday night. Authorities said he is suspected of driving under the influence.

Right after the crash, the Davila's vehicle burst into flames, trapping the family inside despite rescue efforts from witnesses.

Duran said the Davila family was very involved in church activities, they were part of the choir and were parishioners.

A vigil is scheduled for the family at 7 p.m. at the church, located at 2858 9th St. A GoFundMe account has also been set up. If you would like to donate, you may do so by clicking here.

Verduzco was released from jail Thursday as authorities wait for his blood test results.