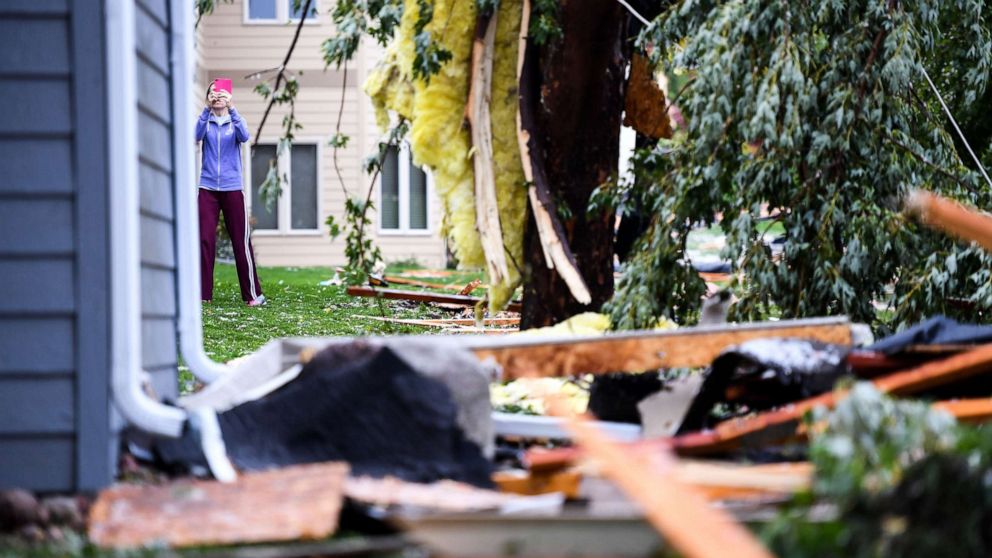 The three EF-2 tornadoes confirmed to have touched down in Sioux Falls are the first there since June 2001.

The Avera Behavioral Health Hospital, one of those damaged, said all patients were safe and some were moved to other facilities, according to a hospital spokesperson. Several people there suffered minor injuries from the roof collapsing, said the hospital's president and CEO, David Flicek.

With so much debris on the roads, a "No Travel Advisory" was issued in the city. The advisory was lifted at 8 a.m. Wednesday, but police urged drivers to use caution "as there may be areas still impacted, unreported downed power lines, tree debris or other road hazards."

"It was really a crazy night," Sioux Falls resident Charles Roskowiak told ABC News. "There was an alert on [my] phone -- there was a tornado warning in the area."

"We heard this massive explosion," he added. "There's just pounding rain and we see this tree, this massive tree, sitting on top of our house. ... I'm surprised the house didn't go down."

The tornado warnings began at 11 p.m. CDT, officials said. Only some of the sirens in town were activated, which the mayor attributed to human error.

And the threat is not over. On Wednesday night, severe thunderstorms are possible from Wyoming to Michigan -- including, again, Sioux Falls.

The main threats will be strong wind gusts and large hail. A few tornadoes are also possible, particularly in western Nebraska.