Ozzy Osbourne opens up about battle with Parkinson's disease 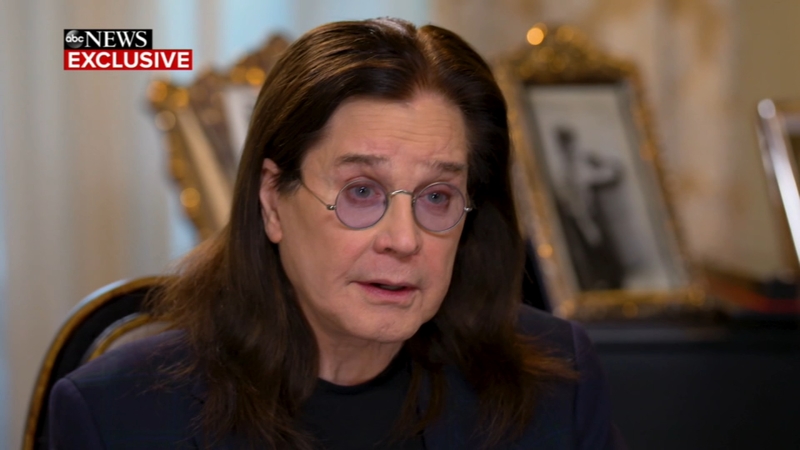 Ozzy Osbourne breaks his silence on his battle with Parkinson's disease

Ozzy told Roberts he had a bad fall in January 2019.

"It's been terribly challenging for us all," the 71-year-old rock star said. "I did my last show New Year's Eve at The Forum. Then I had a bad fall. I had to have surgery on my neck, which screwed all my nerves."

Then in February, he was diagnosed with Parkinson's disease, a neurodegenerative disorder that progresses slowly in most people and has no cure.

"It's PRKN 2," said his wife, Sharon. "There's so many different types of Parkinson's; it's not a death sentence by any stretch of the imagination, but it does affect certain nerves in your body. And it's -- it's like you have a good day, a good day, and then a really bad day."

The rock star said it was time to come clean and let his fans know what he was dealing with.

"I'm no good with secrets. I cannot walk around with it anymore because it's like I'm running out of excuses, you know?" Ozzy said. "(My fans) are my air, you know? I feel better. I've owned up to the fact that I have a case of Parkinson's. And I just hope they hang on and they're there for me, because I need them."

The health scare has actually helped the Osbourne family reconnect in a different way.

"We've all learned so much about each other again, and it's reaffirmed how strong we are," Ozzy's daughter Kelly said. Kelly admitted her father's diagnosis helped her and her brother Jack become closer over the past year. Jack was diagnosed with multiple sclerosis in 2012.

As for Ozzy, he's regaining his strength and getting back to doing what he loves the most. He recently released his first new music in a decade: "Ordinary Man."