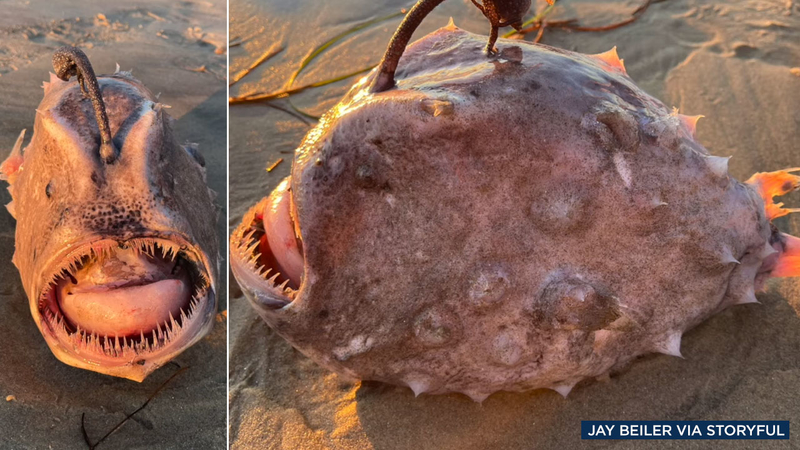 It's called the Pacific footballfish, and it's one of the larger anglerfish species.

Jay Beiler encountered the fish on Nov. 13 when it washed up at Torrey Pines State Beach.

"At first I thought it was a - like a jellyfish or something, and then I went and looked at it a little more carefully, and some other people were gathered around it too, and then I saw that it was this very unusual fish...It's the stuff of nightmares - mouth almost looked bloody! I'd say it was nearly a foot long," Beiler told local media, according to Storyful.

It is usually found 2,000 to 3,000 feet beneath the sea, where sunlight doesn't penetrate, according to the California Academy of Sciences. The fish use a fleshy, bioluminescent lure from their heads to attract prey.

The species has only been seen a few times in California - including Orange County, where it washed up near Crystal Cove State Park in Newport Beach in May.

A monstrous-looking fish normally found thousands of feet deep in the ocean washed up on an Orange County beach recently, a rare find that has delighted local marine life specialists.