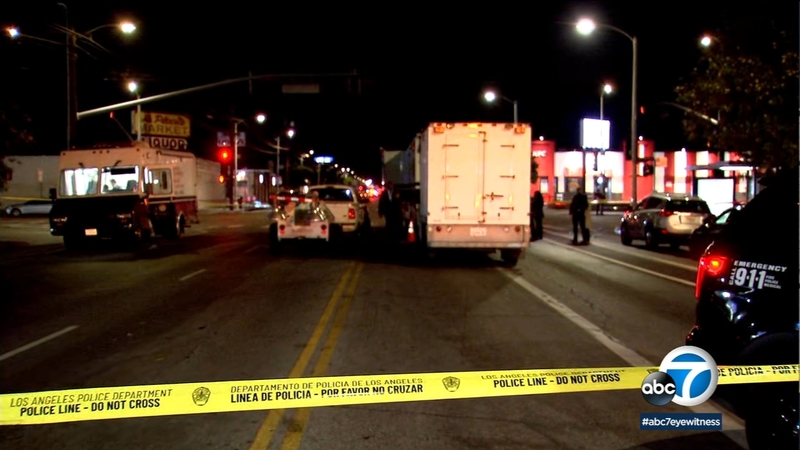 PACOIMA, LOS ANGELES (KABC) -- An investigation is underway after police officers shot and killed a man following an attempted carjacking in Pacoima overnight.

Officers responded to multiple calls about a "man with a gun" near Laurel Canyon and Van Nuys boulevards around 10:40 p.m. Sunday, according to the Los Angeles Police Department. Witnesses said the suspect tried to carjack someone and pointed a gun at several other people.

When officers arrived, police said the man shot at them and they returned fire. The suspect was struck by gunfire and taken to a hospital, where he was pronounced dead.

He has only been identified as a man in his 20s.

"We're still at the very early stages. There's multiple witnesses to interview, victims to speak with and body-worn video and even surveillance video to go over, so this is very preliminary information at this time," Sgt. Bruce Borihanh told reporters at the scene Monday morning.

A handgun believed to be used by the suspect was found at the scene, he added.

No officers or bystanders were injured in the incident.

The area of Laurel Canyon and Van Nuys boulevards was expected to remain closed off for several hours during the investigation.