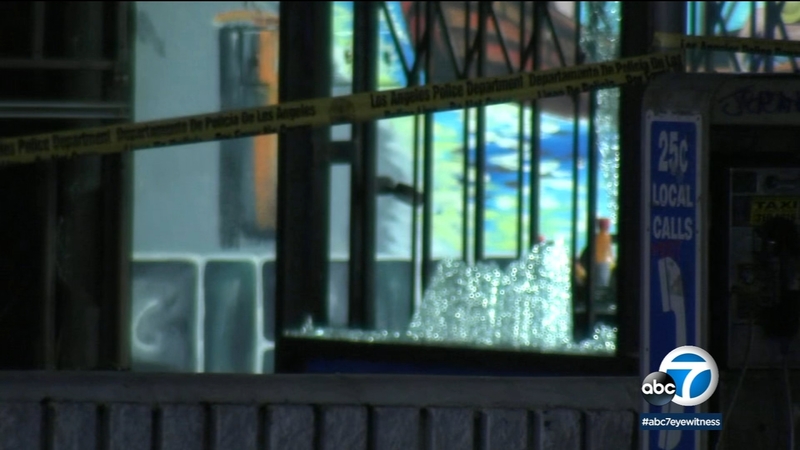 PACOIMA, LOS ANGELES (KABC) -- One man was killed and another wounded in a drive-by shooting that shattered the windows of a nearby popular Pacoima restaurant Friday night.

The shooting happened around 8 p.m. in the 12800 block of Van Nuys Boulevard. Authorities said two men were walking, when the suspects pulled up to them in a dark-colored sedan and asked a question.

"The comments were, 'Do you bang?' which is vernacular for 'Are you a gang member?'" authorities said.

One of the men tried to flee from the gunfire, he jumped a fence, but ended up dying from his injuries in the parking lot of the restaurant.

The bullets shattered a front window of the restaurant, with one witness describing the scene as chaotic. No customers or employees were wounded.

The second man was also shot and taken to a nearby hospital in stable condition.

Authorities are searching for the suspects, who they said are two men, one of whom has a mustache.