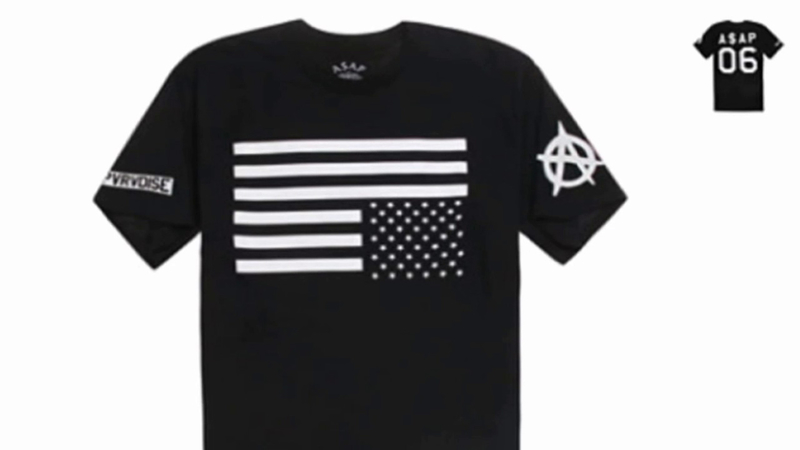 SANTA MONICA, Calif. (KABC) -- A $24 T-shirt that was for sale online and at some PacSun stores could now cost the company thousands of dollars in lost sales.

The upside-down American flag upset one shopper in Alabama, who took to social media. Countless other shoppers chimed in tweeting "respect the flag #BoycottPacSun" and "there are repercussions to your free speech. I will never spend another penny there."

@Grrrr43 why are you protesting the United States of America Flag @PacSun ! DISRESPECTFUL #BoycottPacSun pic.twitter.com/gcKV4iRh2m

Yep, never shopping at @PacSun again. Got too many military family members and friends to give this joke of store any money. #BoycottPacSun

Men & women have died 2 protect your right 2 disrespect our nation's flag @PacSun I will exercise my right to shop elsewhere. #boycottpacsun

Displaying the American flag upside-down symbolizes a nation in distress.

The T-shirt, which is part of rapper A$AP Rocky's clothing line, is not being sold at the PacSun at the Third Street Promenade in Santa Monica, but several shoppers told Eyewitness News the design was disrespectful.

"I've served our country and seeing that, I can't explain the feeling, it's terrible," said Ontario resident Charles Garcia.

On Monday afternoon, PacSun decided to stop selling the T-shirt and released the following statement to Eyewitness News: "As a retailer grounded in youth culture, PacSun values artistic and creative expression though the brands that we sell in our stores. Out of respect for those who have put their lives on the line for our country, we have decided to stop selling the licensed flag T-shirt and are removing it from our stores and website immediately. We thank the men and women in uniform for their extraordinary service."