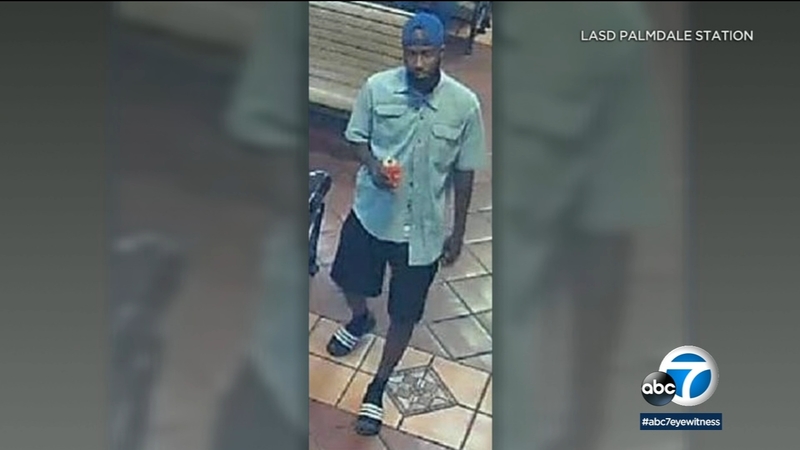 PALMDALE, Calif. (KABC) -- Authorities have released surveillance video of a man who investigators say took an upskirt photo of a woman while she was waiting for a train at a station in Palmdale last week.

The suspect is being sought by the Los Angeles County Sheriff's Department.

According to a news release from the agency, the incident occurred about 5 a.m. July 31 at the station located at 39000 Clock Plaza Drive.

The surveillance video seems to show a man approaching a woman from behind and stooping forward. He extends his arm and a light flashes, apparently from his cellphone camera. The woman then turns around to face him.

"This is a particularly offensive crime in that person was truly victimized. I mean, she was in shock when this incident happened," said Captain Ron Shaffer with the Los Angeles County Sheriff's station in Palmdale. "This is a pretty quiet town and this is very unusual," he added at a Friday press conference.

Shaffer believes there may be more victims, noting how casual the suspect seemed in the video.

Authorities released photos of the suspect that more clearly show his face and clothing. He is described as black and in his 30s. He was last seen wearing a teal button-down shirt, black shorts, black sandals with white stripes, and a blue baseball cap.