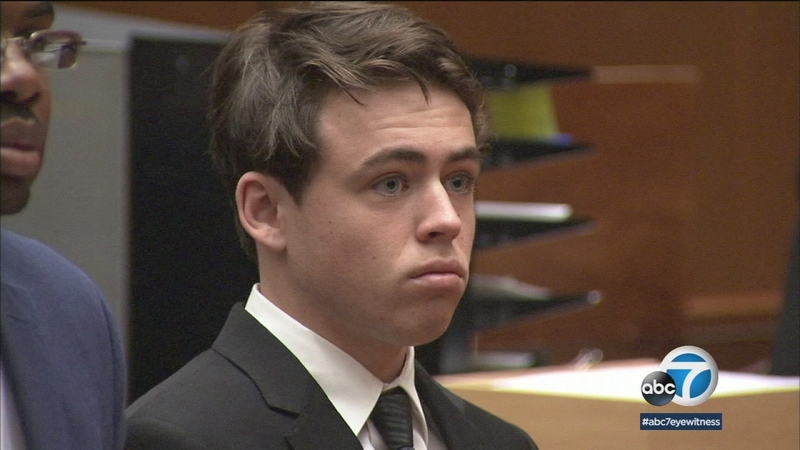 His parents accompanied him to court Tuesday as he entered a plea of not guilty in the October 2017 shooting of 21-year-old Justin Holmes. Terrell is accused of multiple felonies, and in court, he also sought a reduction in bail from $5 million to $1 million.

In Terrell's preliminary hearing earlier this month, prosecutors produced evidence that Terrell had aligned himself with a South Los Angeles gang and drove a getaway car from the scene of the shooting at 78th and Western.

Terrell's defense attorney asked for a reduction in bail arguing that Terrell had no prior criminal record. Assistant D.A. Casey Jarvis responded with an account of a carjacking carried out by two young men in May 2017.

Jarvis says that one man arrested said his accomplice was named "Cam," was light-skinned and had a "W" tattooed to his chest.
Photos of Cameron Terrell with an inked "W" were displayed during his preliminary hearing.

"So it is showing a pattern of criminal history leading up to the murder of Justin Holmes," Jarvis said.

"Mr. Terrell has never been convicted of any crime nor has he been accused. I am not exactly sure what the DA was talking about this morning," said Blacknell.

Judge Mark Arnold denied the bail reduction citing the wealth of Terrell's family and the seriousness of the charges.
"The potential sentences here carry multiple life terms. That can be a significant incentive to flee," Arnold said.

Terrell, formerly a senior at Palos Verdes High, left the school after other parents objected to a suspected killer attending classes.

His lawyer says he is now being home schooled and has been accepted to nine colleges.