The suspect suffered self-inflicted stab wounds and was transported to a hospital for treatment, police said.
KABC 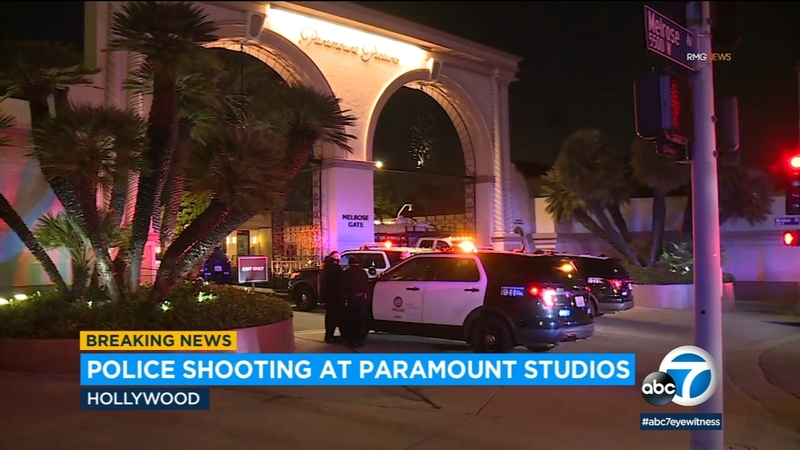 The suspect, who has not been identified, is a man in his 30s who was employed at Paramount Studios. The nature of his employment is not yet clear.

Fullerton police say officers who were conducting the sexual assault investigation were in the area on Sunday night because they knew the man would be at Paramount Studios.

Fullerton officers attempted to arrest the suspect around 10 p.m. Sunday when the man allegedly pulled out a knife. Officers then used a Taser on the suspect, according to LAPD.

The Taser did not subdue the suspect so they called for LAPD officers, who fired 40 mm rubber bullets and beanbags "which were also ineffective,'' according to the police statement.

The officers then turned their guns at the suspect at the Melrose gate to the Paramount lot, and the suspect ran into the lot and barricaded himself inside a building, police said.

Officers attempted to negotiate with the suspect to surrender but they were forced to enter the building. He was taken into custody around 12:15 a.m., according to police.

The suspect suffered self-inflicted stab wounds and was transported to a hospital for treatment, police said. No officers were injured.

"I was at the security gate and I see the cops roll up...and they told somebody to put the knife down and they started shooting," said witness Alexander Perez.

There were not very many people at the studio since it was Sunday night, Orris said.

Detectives remained on the scene Monday morning, and Melrose Avenue near N. Gower Street remained blocked off during the investigation.