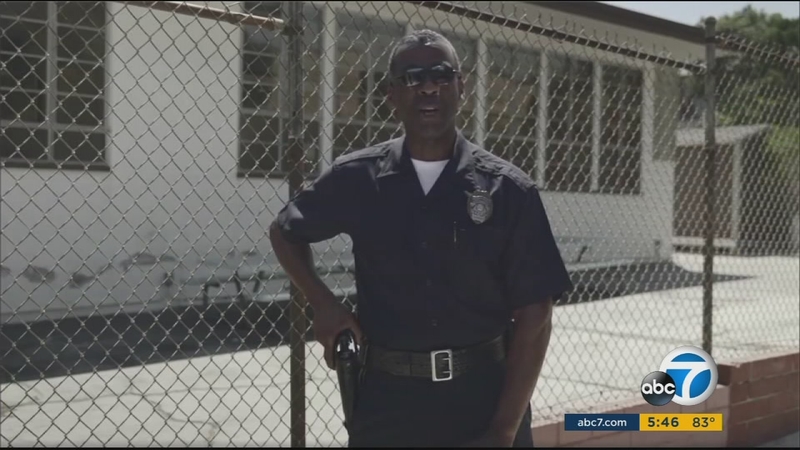 LOS ANGELES (KABC) -- A video satirizing the recent rash of police shootings across the country is generating controversy, in part because it uses a real Los Angeles police officer as an actor.

The video by the Los Angeles-based Black Magic sketch trio portrays a fake commercial pitching an anti-violence medication for police that plays on the N-word. The commercial is based on the premise that police officers have an urge to kill minorities and the product will help fight that urge.

One of the actors, a regular with the comedy troupe, portrays a police officer.

"It's common knowledge that we black officers are twice as horrible to our own than the white policemen," his character, in police uniform, says in the parody. "So I need that extra strength to not do wrong to my brothers."

Turns out he's also a real officer - a captain with the Los Angeles Port Police.

Now the real chief of the Los Angeles Port Police is not laughing.

"The Port of Los Angeles Police is committed to respectful interaction with the community that we are sworn to serve and protect," Los Angeles Port Police Chief Thomas Gazsi said. "The video clearly is not the type of humor that a member of our organization should engage in. The matter will be investigated and appropriate action taken."

Members of the sketch group, who perform at the Pack Theater in Hollywood, say the video was just an effort to take a humorous look at current events. Most of the feedback, they said, has been positive.

"Politics is fodder for comedy and a lot of times it helps to look at things from a comedic perspective," said Black Magic member Claude McIver.

Troupe member Royce Shockley said the group respects both police officers, as well as those who have been hurt in police-related incidents.