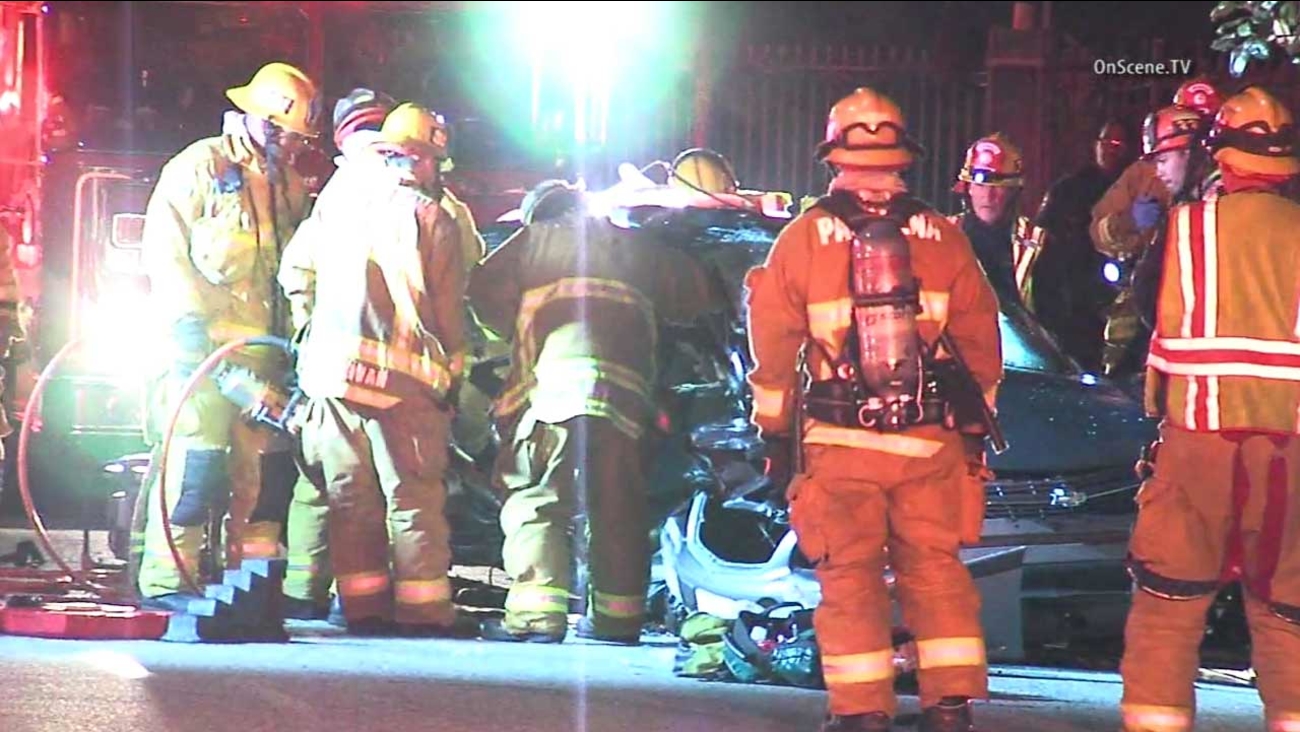 Emergency personnel respond to a fatal crash near the intersection of N. El Molino Avenue and E. Maple Street in Pasadena on Tuesday, Jan. 12, 2016.

Lt. John Luna said police responded to a report of a crash near the intersection of N. El Molino Avenue and E. Maple Street at about 12:15 a.m.

Winter said the older woman was driving and her daughter was a passenger.

Three women and one man were transported to a local hospital with injuries ranging from minor to critical, and one person was checked out at the scene and released, police said.

The exact cause of the crash remains under investigation. The intersection was closed as Pasadena police investigated.