Pasadena police released dramatic footage of a fatal shooting that shows a suspect firing at police after a chase ended in a violent crash.
KABC 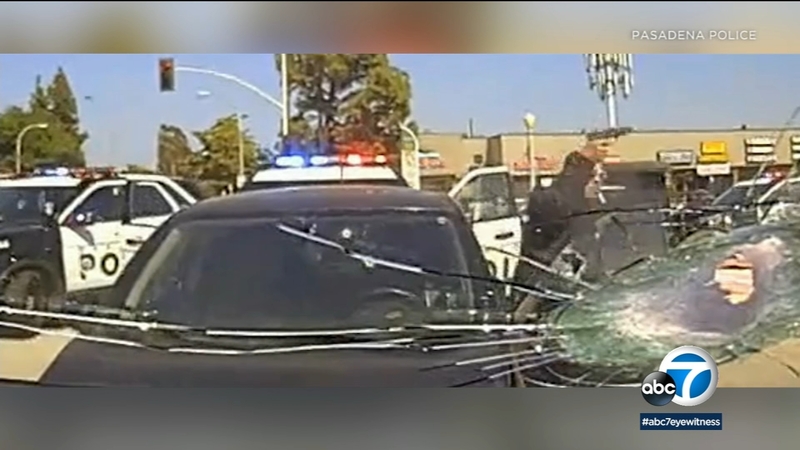 PASADENA, Calif. (KABC) -- Pasadena police released dramatic footage Tuesday of a fatal officer-involved shooting from May that shows a suspect firing at police after a chase ended in a crash.

Another angle shows the armed suspect exit the vehicle, and fire at officers. Officers then fire back.

The gunman was identified as 47-year-old Lloyd Nelson Jr., a former Pasadena resident.

Nelson died at the scene.

The shooting occurred May 8 near the area of Corson Street and Allen Avenue. Police initially saw Nelson make an illegal turn in front of Pasadena City College, park his vehicle in the middle of the roadway and exit the vehicle. Nelson re-entered the vehicle and the pursuit began.

In addition to the gun he used to fire at officers, police say two more weapons were found inside his vehicle.

Investigators say Nelson had a military background and was also a former police officer in L.A. County. Police said he lived in San Diego.

An officer shot in the leg by a fellow officer during the confrontation is expected to make a full recovery.