14-year-old boy dies after being shot in the head in Pasadena; murder suspect arrested, police say 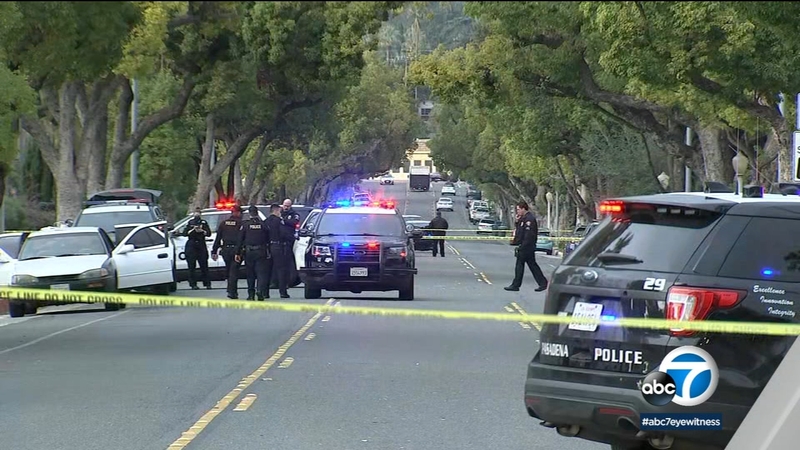 Boy, 14, dies after being shot in head in Pasadena; suspect arrested

PASADENA, Calif. (KABC) -- A man has been arrested on suspicion of killing a 14-year-old boy who was shot in the head in Pasadena, authorities announced Friday.

Investigators identified 24-year-old Alexis Ibarra as the suspect and took him into custody in the 600 block of Mar Vista Avenue, the Pasadena Police Department said. Officers also recovered a firearm "and other evidence'' allegedly linking Ibarra to the shooting.

Officers were summoned about 3 p.m. Tuesday to the 1600 block of North Los Robles Avenue, three blocks north of Washington Boulevard, by fire department paramedics who were treating the boy in the area, according to police Lt. Keith Gomez.

The paramedics were in the area on an unrelated call when a man driving a white Toyota stopped and asked for help with the boy, who was sitting in the front passenger seat with at least one gunshot wound to the head, according to police.

The boy was taken to a hospital, where he died of his injuries Thursday.

Detectives determined the teen was struck by gunfire at the intersection of Los Robles Avenue and Eldora Road before he was driven to the paramedics, Gomez said.

Ibarra was booked for murder and attempted murder, and his bail was set at $4 million, police said.

Detectives are investigating the shooting as a "criminal gang incident,'' according to a news release. The white Toyota in which the boy was shot also matched the suspect vehicle in a robbery and shooting that occurred in Pasadena near Villa Park on Sunday, and investigators were working to determine if the Sunday shooting and Tuesday shooting were related.