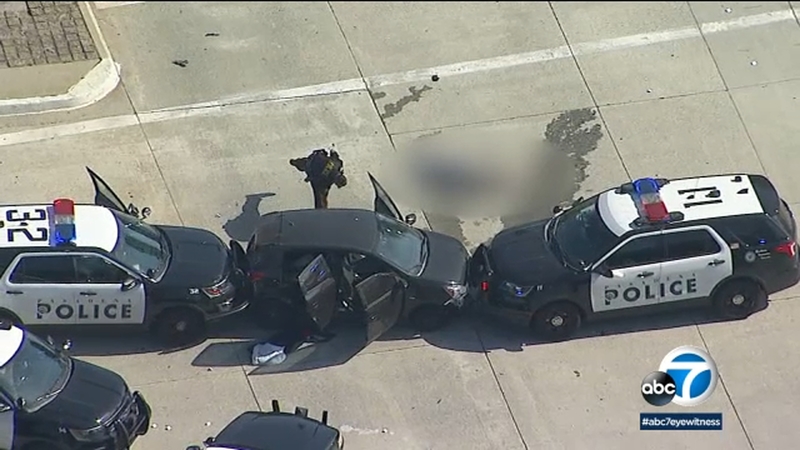 PASADENA, Calif. (KABC) -- A police officer was injured and a suspect was killed during an officer-involved shooting following a chase in Pasadena Friday afternoon.

The shooting occurred just before 4 p.m. near the area of Locust Street and Allen Avenue at the end of a slow-speed pursuit, according to the Pasadena Police Department. At one point, the suspect stopped and exited the vehicle brandishing a handgun.

The officer then opened fire, striking the suspect, who was pronounced dead at the scene.

The officer was also shot during the altercation and was transported to a local hospital in stable condition.