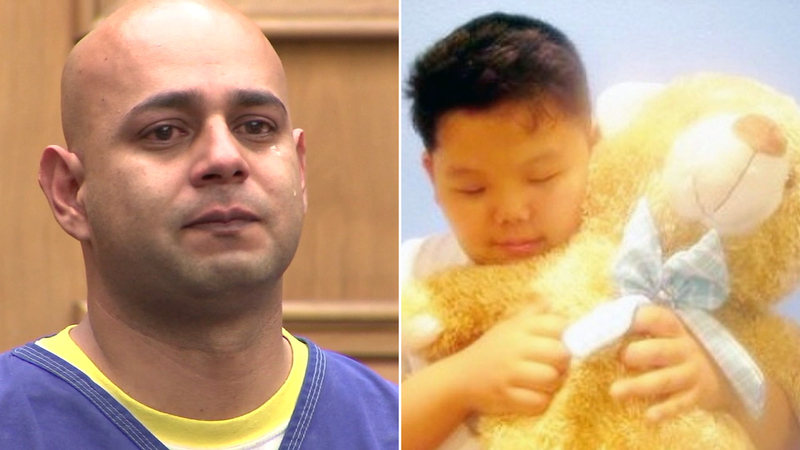 NORWALK, Calif. (KABC) -- During his sentencing, a bus driver made an emotional apology to the family of a teen with autism who was found dead after being left on a hot bus in Whittier.

Armando Ramirez was sentenced to a two-year prison term as part of a plea agreement with prosecutors after he failed to make sure 19-year-old Paul Lee got off the bus on a hot September day back in 2015.

Paul Lee, who had autism and couldn't speak, died after being left on the bus for hours as the temperature soared.

"I wish I could somehow remove their suffering, and yet there is nothing I can do or say right now that could return Paul to them, and I know that," Ramirez said to the court on Monday as he held back tears.

Ramirez cried as he listened to Paul Lee's parents describe the enormity of their loss.

"It's been 507 days since my beloved son Paul was taken from us," Eun Ha Lee, Paul's mother said without looking at Ramirez. "Every day I'm living through that excruciating moment again and again."

The Lees refused to acknowledge Ramirez's tearful apology. Ramirez said he would not ask for their forgiveness.

"As I stand here this moment, I feel my sincerity when I tell you guys as a family I am so sorry. I'm so sorry for the fatal mistake that I made with Paul," he said.

That fatal mistake left Paul Lee's mother inconsolable. Eun Ha Lee said she doesn't want to leave the house because seeing a school bus would be too painful.

"I will live out my life in pain and suffering and sadness having lost my son because of someone else's unconscionable carelessness," Eun Ha Lee said.