Alleged Buffalo shooter may have planned attack months ago: authorities 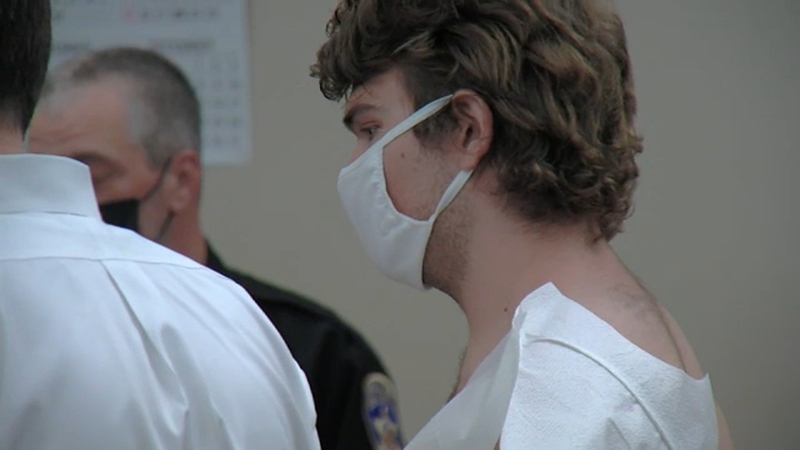 BUFFALO, N.Y. -- Authorities say the suspect who fatally shot 10 people and injured three others at a Buffalo supermarket Saturday traveled from another New York county hours away, and that the attack may have been planned months beforehand.

Investigators believe that Gendron posted an 180-page document on the internet before the mass shooting, which included a detailed plan for the attack and his support for several mass murderers.

The suspect is believed to have authored the document based on a theory that white people are being replaced.

"The shooter traveled hours from outside this community to perpetrate this crime on the people of Buffalo, a day when people were enjoying the sunshine, enjoying family, enjoying friends," Buffalo Mayor Byron Brown said at a Saturday evening news conference. "People in a supermarket, shopping and bullets raining down on them. People's lives being snuffed out in an instant for no reason."

Gendron entered a not guilty plea, but could go to prison for the rest of his life if convicted on those first-degree murder charges. There will likely be more charges on the federal level.

Police officials say Gendron, who is white, was wearing body armor and military-style clothing when he pulled up and opened fire at people at a Tops Friendly Market, the shooting streamed via a camera affixed to his helmet.

Officials said they are still working to determine how the suspect obtained his weapons.

In a prior interaction with law enforcement, police in Broome County, New York were called by a local high school last June after they reported Gendron had threatened a shooting at graduation or during that time, law enforcement sources familiar with the matter confirmed to ABC News.

Meanwhile, neighbors of the Gendron family told ABC News that the neighborhood has an almost "Leave-It-to-Beaver-" like feel and described the family as friendly.

The parents of the suspected shooter, Paul and Pamela Gendron are both engineers, and, up until recently, their son was studying at the nearby Broom SUNY Community College, hoping to go into that field. A spokesperson for Broom SUNY confirmed Gendron was a former student.

While she did not name any one site, an administration official confirms that she was referring to Twitch, a live streaming site owned by Amazon and popular with gamers.

"The social media platforms that profit from their existence need to be responsible for monitoring and having surveillance, knowing that they can be, in a sense, an accomplice to a crime like this. Perhaps not legally, but morally. They've created the platform for this hate to be spewed," said Hochul.

"That has to stop. These outlets must be more vigilant in monitoring social media content. And certainly, the fact that this act of barbarism, this execution of innocent human beings, could be livestreamed on social media platforms and not taken down within a second, says to me there is a responsibility out there," the governor added.

Twitch claims it took Gendron's channel offline within two minutes of the shooting and issued a statement saying,

"We are devastated to hear about the shooting that took place this afternoon in Buffalo, New York. Our hearts go out to the community impacted by the tragedy. Twitch has a zero tolerance policy against violence of any kind and works swiftly to respond to all incidents. The user has been indefinitely suspended from our service, and we are taking all appropriate action, including monitoring for any accounts rebroadcasting this content."

A 2019 shooting at a Jewish synagogue in Halle, Germany was also live-streamed on Twitch.

Law enforcement is also looking at the messaging platform Discord, where the gunman may have made a list of instructions for himself. Discord was used by white supremacists to plan the Charlottesville, Virginia rally in 2017.