3 pedestrians injured after being hit by car in West Hollywood 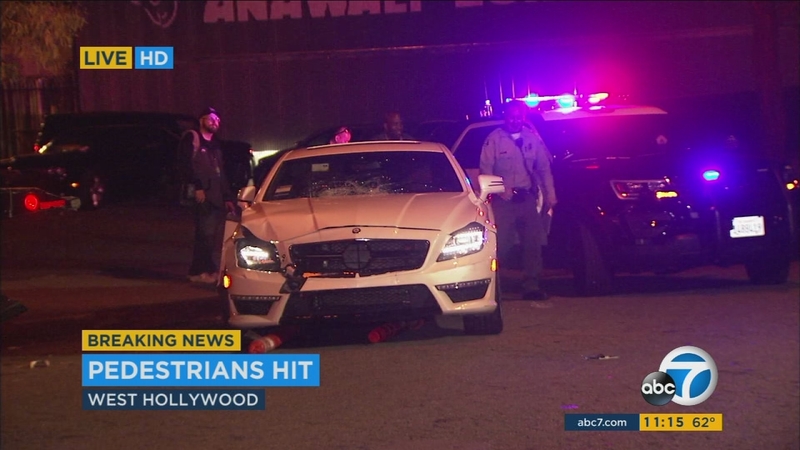 3 pedestrians injured after being hit by car in West Hollywood

The crash was reported in the 600 block of La Peer Drive, near the busy L.A. Pride Festival, where tens of thousands of people attended a march just hours earlier.

Officials at the scene said a white Mercedes-Benz pulled out of a driveway and hit the three pedestrians.

The victims were initially reported to have minor injuries, but it was later reported they were transported to Cedars-Sinai Medical Center. There was no update on their conditions.