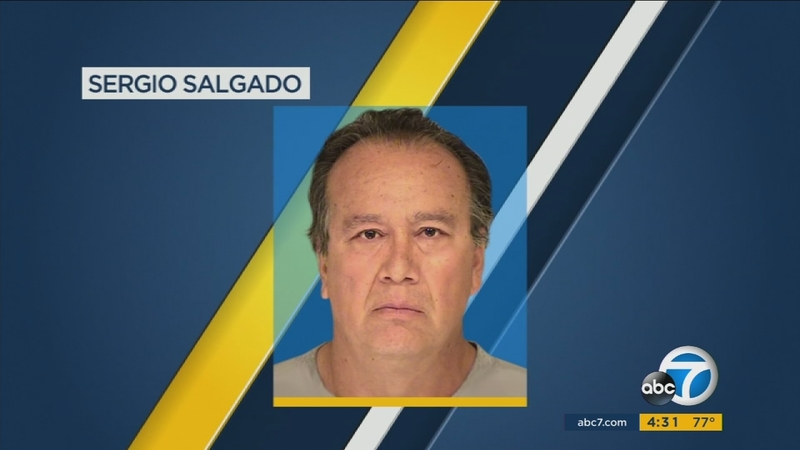 MOORPARK, Calif. (KABC) -- A Moorpark man has been arrested for allegedly placing a camera in the bathroom of a neighbor's home during a birthday party and recording images of both children and adults in various states of undress.

Sergio, Salgado, 53, of Moorpark is now facing charges of burglary, possession of child pornography and use of a concealed camera to record another. He was arrested Wednesday morning and booked into the Pre-Trial Detention Facility in Ventura, and later released on bail set at $50,000.

Authorities said Salgado does not have a criminal record, but would have to register as a sex offender if convicted.

Police say the incident happened on July 2, when a Moorpark family hosted a child's birthday party at their home, with many friends and family invited, including young children and teens.

At the end of the party, the homeowner's daughter found a small camera in the bathroom and alerted her mother.

Police say they found images of 14 people in the bathroom on the camera, including four under age 18. They say it also showed Salgado placing the camera.

The homeowner said her family and Salgado's have known each other and lived in the same neighborhood for 20 years.

"It's hard because he violated the privacy of my home," she said.