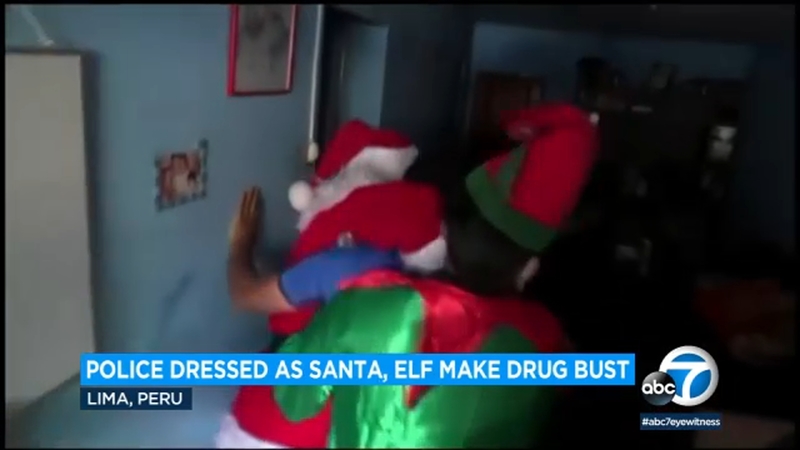 LIMA, Peru (KABC) -- Undercover police officers disguised as Santa Claus and an elf took down a notorious gang leader in Peru during a drug raid caught on camera.

Officials in Lima said the costumes helped to add an element of surprise as the officers smashed down the door to a house on the outskirts of town.

The officers tackled a man they found inside the home and handcuffed him. In addition to arresting the gang leader, officials said they also arrested four other gang members.

Police also seized marijuana, cocaine and a handgun during the raid.

Two undercover officers in Riverside dressed as Santa Claus and an elf were captured on video foiling an alleged car theft during a surveillance operation targeting would-be shoplifters.