It's official: April the giraffe is pregnant again 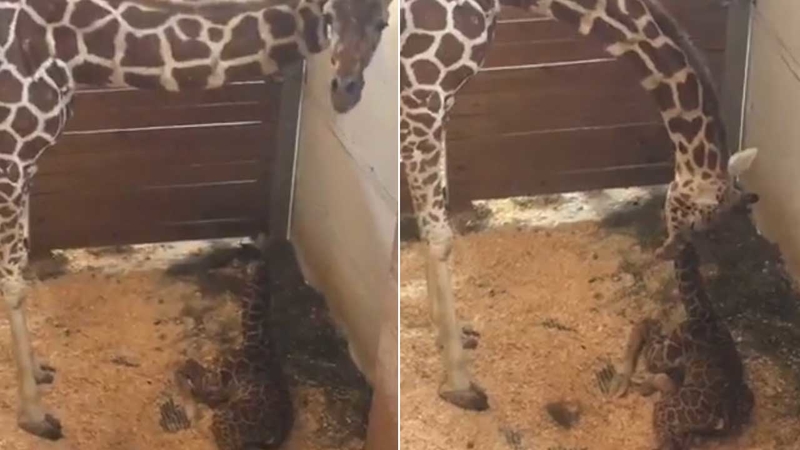 The internet's favorite pregnant giraffe is expecting once again.

April the giraffe, who starred in a livestream watched by millions while she was pregnant, is expecting once again, Animal Adventure Park confirmed on Wednesday.

She is expected to give birth around March 2019, the Associated Press reports.

The last time the viral mama was pregnant, millions watched her livestream from February through April. Over those seven weeks, April amassed 232 million views on the park's YouTube page, AP reports. The park continues to stream video of April and her family.

The baby from the original viral stream, Tajiri, was born in April 2017. His name is a Swahili word that means hope. Jordan Patch of Animal Adventure Park told ABC News amid pregnancy rumors in November that Tajiri is very healthy and that April is an excellent mother to him.

"From the hundreds of thousands of visitors we've seen and even just his progress in growth has been remarkably easy and textbook, which has been a blessing," he said.

Did you know that giraffes can run up to 35 mph? Check out these fun facts about giraffes.