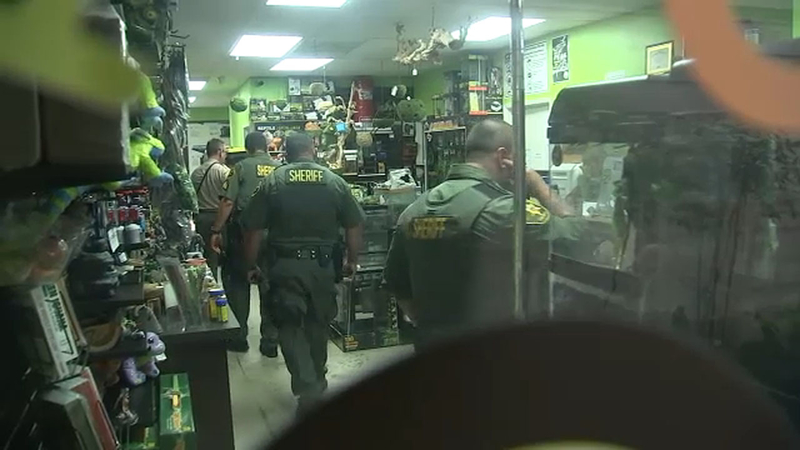 LAKE FOREST, Calif. (KABC) -- Orange County authorities seized hundreds of animals, some of which were dead, from a reptile rescue shelter in Lake Forest following weeks of complaints from nearby businesses of a foul odor coming from the building.

Reptile Rescue Orange County touts itself online as a non-profit, with a goal of finding quality homes for reptiles, amphibians, invertebrates and all other exotic animals that people can no longer care for.

But patients of an acupuncture businesses located in the same plaza on Aspan Street say they've been walking past windows lined with cobwebs, horseflies and roaches.

Nina Bauer says the smell can only be described as one thing: "Dead animals. Animals that have been dead a long time."

On Wednesday, Orange County Animal Care and the Orange County Sheriff's Department were able to get access to the building from a former volunteer of the shop who happened to have a key. Some 200 animals were removed and transported to the agency's shelter to be assessed and treated.

That volunteer told Eyewitness News he observed terrible conditions inside the business, including animals too big for their cages.

An animal control spokesperson said the agency has been receiving calls of a foul odor being emitted from the building for the past two weeks. They say they made contact with the owner on Sunday, but that nothing concerning was observed.

Deputies also conducted a welfare check on the building on Sept. 13.