Despite horse deaths at Santa Anita, Breeders' Cup is coming to the track 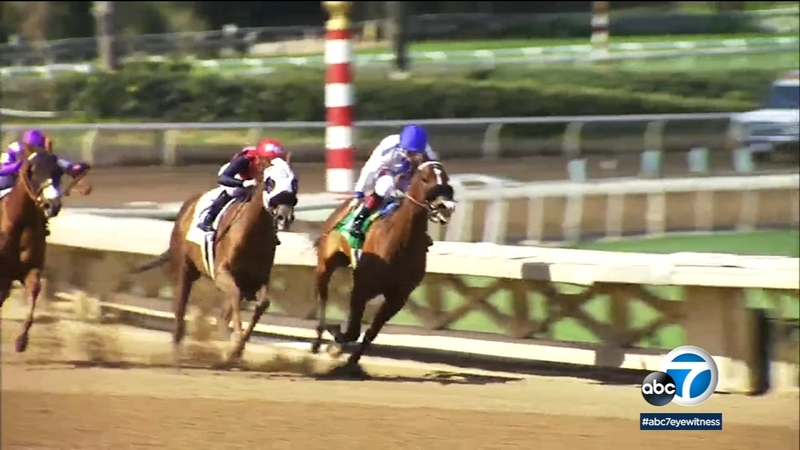 Despite horse deaths at Santa Anita, Breeders' Cup is coming to the track

Fravel credits his decision in part on the ongoing tedious work put into making the track as safe as possible. Santa Anita Park suffered a 23-day suspension of horse racing in March due to the deaths.

Fravel said they stayed very close to the situation.

The horses were plagued with numerous life-ending injuries either while racing or training on the track.

Fravel said with the series of winter storms taking a toll on the track, Santa Anita officials, along with the California Horse Racing Board, instituted reforms in April to protect horses.

Along with increasing maintenance of the track, Santa Anita officials brought back Dennis Moore who's once again the track superintendent.

Officials instituted medication reforms and a lot of enhanced exams by veterinarian teams, both in the morning during training hours and during racing. These reforms resulted in reducing injuries.

This year will be the 35th running of the Breeders' Cup. Fourteen races over two days begin Nov. 1 and 2.

Fravel he will spend the next four months assuring horse owners and jockeys across the world that the track is safe.
Report a correction or typo
Related topics:
pets & animalsarcadialos angeles countyhorses
Copyright © 2021 KABC-TV. All Rights Reserved.
TOP STORIES
San Bernardino fire erupts near 215 Fwy, prompting evacuations
Video: Tourist taken to hospital after melee on Hollywood Walk of Fame
Melvin Van Peebles, godfather of Black cinema, dies at 89
Laura Lasorda talks to ABC7 on Tommy Lasorda Day in Fullerton
Search resumes for Brian Laundrie in Gabby Petito case
Search continues for homeless man who slammed into LA pedestrian
Hollywood Burbank Airport shut down after person runs onto runway
Show More
Heat advisories issued for most of SoCal on first day of fall
Movie and film workers might be headed toward a strike
'No one would be spared': Debt default would set off dire consequences
California struggles to conserve water amid historic drought
Conor McGregor prompts comparisons to worst first pitches in history
More TOP STORIES News