KABC
By Rob McMillan
SAN BERNARDINO, Calif. (KABC) -- The family of a 2-year-old boy who allegedly had his nose bitten off by a pit bull has filed a $1.5 million lawsuit against the dog's owner.

"It scares me to think that the dog is out there and can do this to another child," said Aimee Merkelbach, the mother of young Nate.

Although it's been almost a year since Nate was attacked, his mother still remembers seeing him in the hospital.

"He was so resilient. He was asking me for high-fives. Then I looked next to him and I see a cup, and I pick it up and there's his nose in the cup," Merkelbach said. 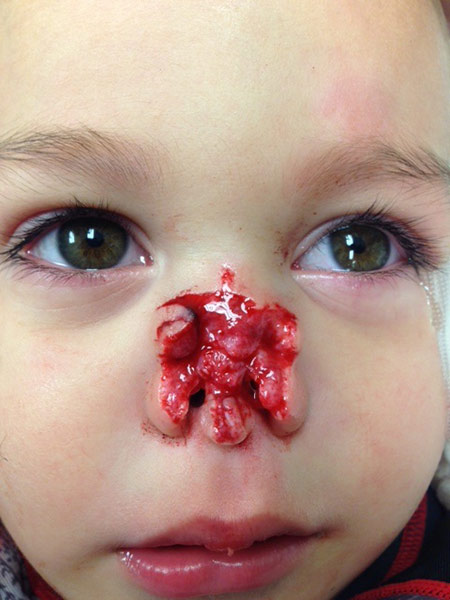 Nathaniel Merkelbach had his nose bitten off by a pit bull in this 2014 photo.

The details about the attack are unclear. But Merkelbach said the dog, called Bowser, attacked her son at Nate's grandmother's house in Diamond Bar. Bowser belongs to the grandmother's boyfriend.

"His father had heard the screaming sounds and he ran in there. By the time he got in there, it was already too late," Merkelbach said.

Bowser was quarantined and then released because there was no witness to the attack. The humane society, however, ordered Bowser's owner to muzzle his dog while he walks him in public.

A few weeks ago, Bowser apparently went on the attack again. This time, it killed a poodle named Sarge who was on a walk with his owner in Lake Arrowhead. 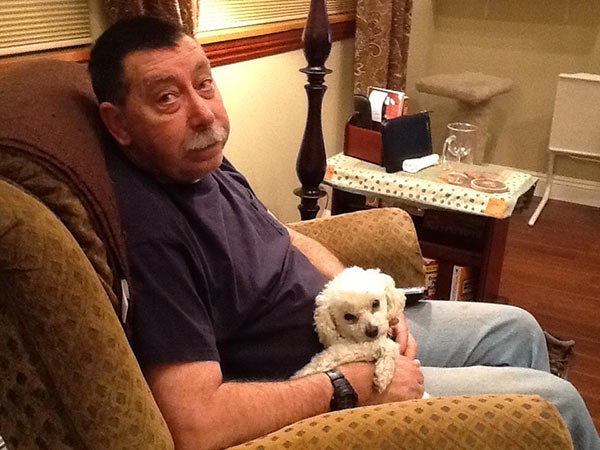 Lynn and dog Sarge Schliskey are shown in this undated file photo.

"With one bite, chomps down on his chest, crushed it and shook him about three times, broke his neck," owner Lynn Schliskey said. "It was over, my dog was dead."

Schliskey said the dog was not muzzled and did not have a leash or collar.

The dog's owner could not be reached for comment.

"He has aggressive tendencies towards children, humans, animals. What more needs to be shown?" she said.

Bowser is being held by San Bernardino County Animal Control. A hearing will be held in the coming months to determine if it will be euthanized.
Related topics:
san bernardinosan bernardino countypit bull attackchild injuredlawsuitdog attack
Copyright © 2020 KABC-TV. All Rights Reserved.
More Videos
From CNN Newsource affiliates
TOP STORIES