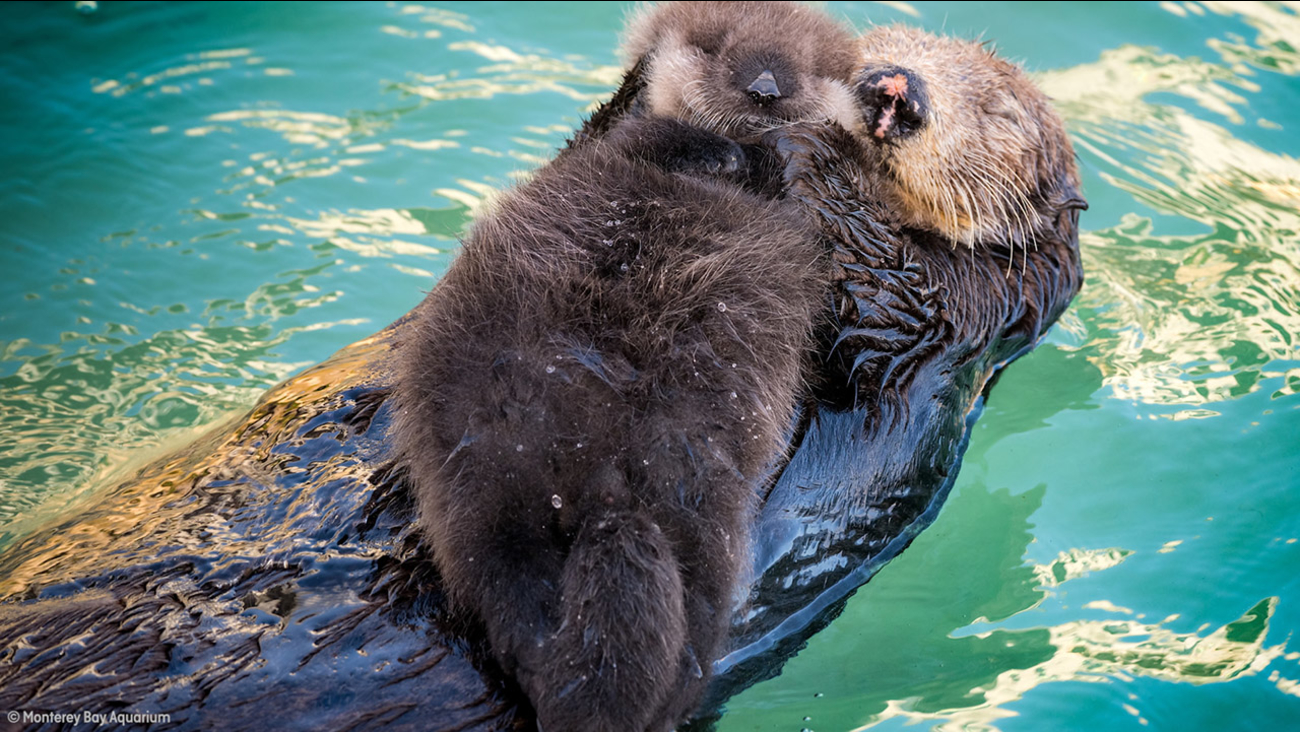 Visitors to the Monterey Bay Aquarium in Northern California got to witness a live birth by a wild sea otter over the weekend.

The sea otter picked a rock in the aquarium's Great Tide Pool to give birth to her pup on March 6, 2016. This is the second time since December that an otter has used the tide pools as shelter to give birth.

The aquarium said that, for many of their researchers, this is the closest look they've ever had at a wild sea otter birth.

"We're amazed and awed to have had a chance to witness this Monterey Bay conservation success story first hand in our own backyard," the aquarium wrote on its Tumblr page.

Onlookers "oohed" and "ahhed" as the mother otter began to groom her pup immediately after giving birth. Otters lick the fur of their newborns to make them buoyant.

"A well-groomed sea otter pup is so buoyant it's practically unsinkable," the aquarium said.

After three days in the protected area of the Great Tide Pool, the mom and pup headed back out to sea.