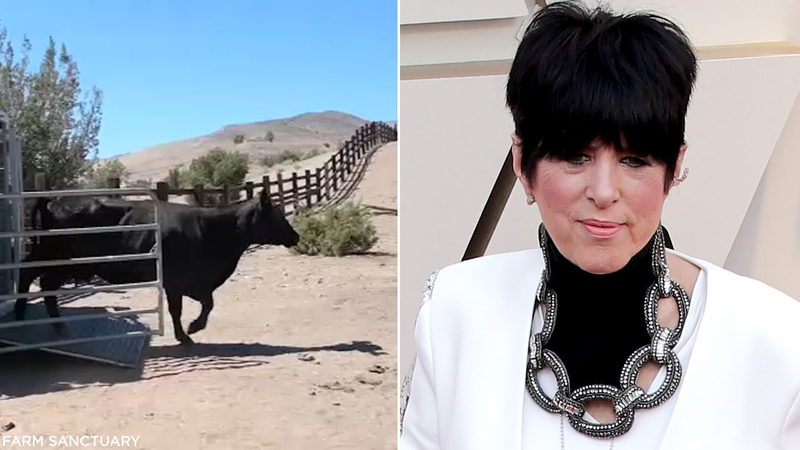 ACTON, Calif. (KABC) -- The second of two cows among a large herd that escaped a Pico Rivera slaughterhouse has arrived at her new home at a sanctuary.

The Farm Sanctuary in Acton shared video of the moment the cow arrived at their facility on Thursday.

After eight days on the run, the cow was found dehydrated and shaking in a local park. Animal control officers corralled the bovine and returned it to the Manning Beef Company.

The owner then agreed to donate the cow to the farm sanctuary, where she would join the only other survivor of the herd that escaped last week, after Grammy Award-winning songwriter Diane Warren stepped in - again.

At least 34 cows apparently escaped a local slaughterhouse and were wandering around residential neighborhoods in Pico Rivera.

Warren did the same with another cow from the escaped herd earlier.

The second cow will now live out her days alongside the first bovine that escaped -- appropriately named June B. Free.

The remaining cows that escaped last week were killed for meat, the company said.

The only surviving cow among a group of 40 bovines that escaped a Pico Rivera slaughterhouse has arrived at her new home at a Southland farm sanctuary.