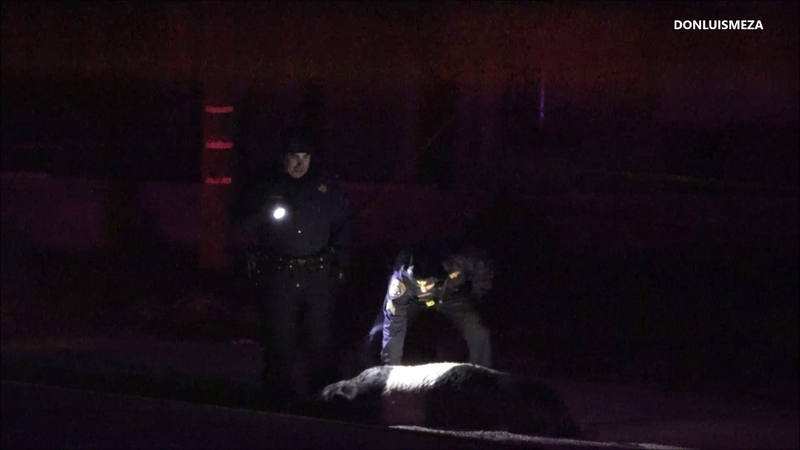 Motorcyclist struck by minivan after hitting pig in Littlerock

LITTLEROCK, Calif. (KABC) -- A 57-year-old man was hit by a swerving minivan and pronounced dead Thursday evening after his motorcycle struck a dead pig on a street in Littlerock, authorities said.

The incident was reported shortly after 8 p.m. on East Avenue T, just west of 94th Street East, according a California Highway Patrol spokesperson. The victim was traveling eastbound at about 55 mph when his 2017 BMW motorcycle struck the large animal's carcass, which was directly in its path.

The rider, identified as Bradley St. John, was ejected from the bike and onto the roadway, the CHP said. The driver of a 1995 Toyota Sienna, which was also headed eastbound, tried swerving to avoid the pig but ended up hitting both the animal and the motorcyclist.

St. John died at the scene, the Highway Patrol said.