8 pigs get loose on 10 Freeway in Riverside County 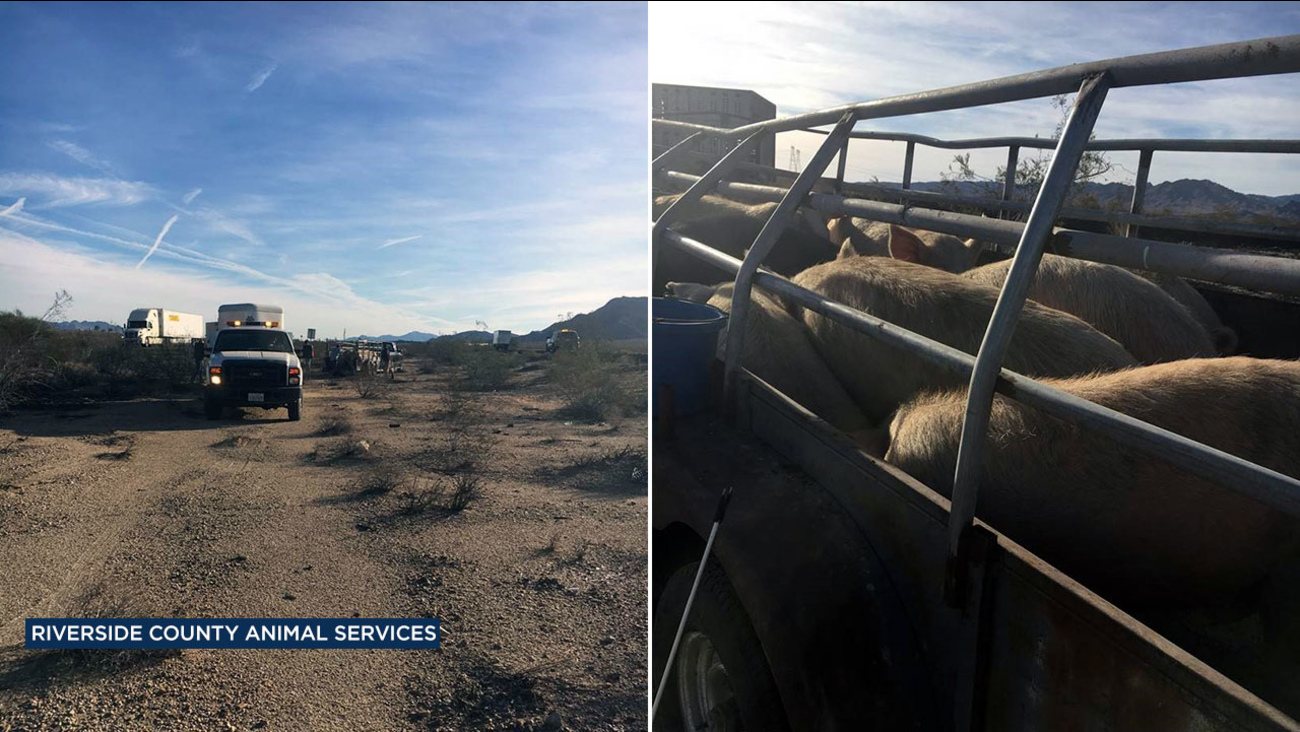 Officials said several pigs got loose on the 10 Freeway near Chiriaco Summit in Riverside County on Tuesday, Dec. 13, 2016.

CHIRIACO SUMMIT, Calif. (KABC) -- Crews had to help round up several large pigs that ended up in the middle of the 10 Freeway in Riverside County on Tuesday.

Riverside County Animal Services said the incident happened near Chiriaco Summit, which is roughly 50 miles east of Palms Springs, at about 6:30 a.m.

The driver of a trailer told officials the trailer began to sway as he was heading westbound on the 10 Freeway.

He tried to slow down, but that compounded the issue and the driver made an abrupt stop near the left lane and median.

After the trailer came to a stop, authorities said eight pigs managed to push their way out of the back gate and began to roam.

Riverside County Animal Services and the California Highway Patrol were able to help the driver and the pigs.

The pigs were loaded onto a new trailer and taken to the Blythe Animal Shelter. They were later returned to their owner.