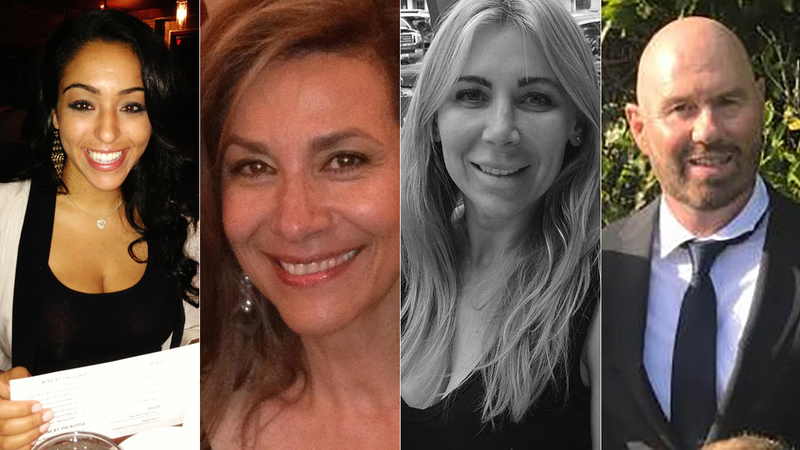 SANTA ANA, Calif. (KABC) -- The pilot and four passengers who were killed when a small plane crashed in a Santa Ana parking lot have been identified.

Ghanadan was previously identified by family members as a Realtor who lived in Contra Costa County. The Shepherds were husband and wife. Floria Hakimi was Navid Hakimi's mother. All five were on a real-estate related business trip at the time.

Dashcam footage shows the moments before a small plane crashed into a Santa Parking lot, killing the five people on board.

Officials said Scott Shepherd was piloting the twin-engine Cessna about 12:30 p.m. Sunday when it went down in the parking lot of a Staples store in the 3800 block of Bristol Street, across from South Coast Plaza.

National Transportation Safety Board investigators said they will gather information pertaining to the pilot, airplane and environment over the next couple of months.

The preliminary report should be released in the next five days, and the final report could take anywhere from 12 to 18 months.
According to a Federal Aviation Administration spokesperson, the pilot issued a distress call shortly before the aircraft, which was headed to nearby John Wayne Airport, slammed into the ground and hit four parked vehicles.

There were no survivors on the airplane; no one in the parking lot was injured.

The flight's horrifying nose-dive was captured by at least two vehicles' dashboard cameras.

"I had seen the plane coming around and the first thought was, 'Why is this plane so low? It's way too low,'" said witness Alex Perkins. "It was coming around, banked left and then just dropped."

NTSB officials arrived at the scene Sunday evening and returned in the morning.