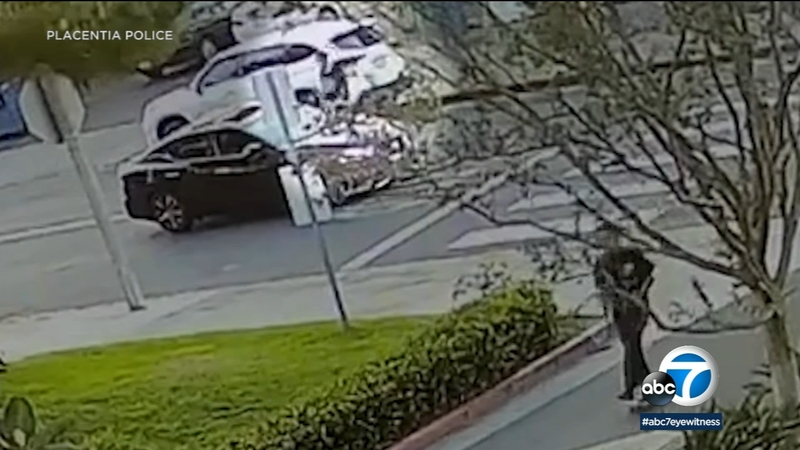 Man arrested in attempted kidnapping of 6-year-old in OC

PLACENTIA, Calif. (KABC) -- A man was arrested after he allegedly tried to abduct a 6-year-old boy in Placentia in an incident captured on surveillance video, police said Thursday.

Michael Foley, 41, is accused of grabbing the boy and carrying him back to his car as the child was with family friends outside Peewee's Market at 703 West La Jolla Street Monday evening.

At the time, the boy's mother was just steps away inside the store and near the entrance.

Police said surveillance video shows Foley stop his car in the middle of the street, run toward the child and pick him up.

Nearby bystanders immediately started shouting at Foley to let the boy go. That's when police said Foley kissed the child on the cheek and told him, "I love you baby."

The suspect put the child down and took off in his car.

Foley was arrested in Orange Tuesday after police said they reviewed surveillance video to identify him as the suspect. He is being held at the Orange County Jail on $100,000 bail.