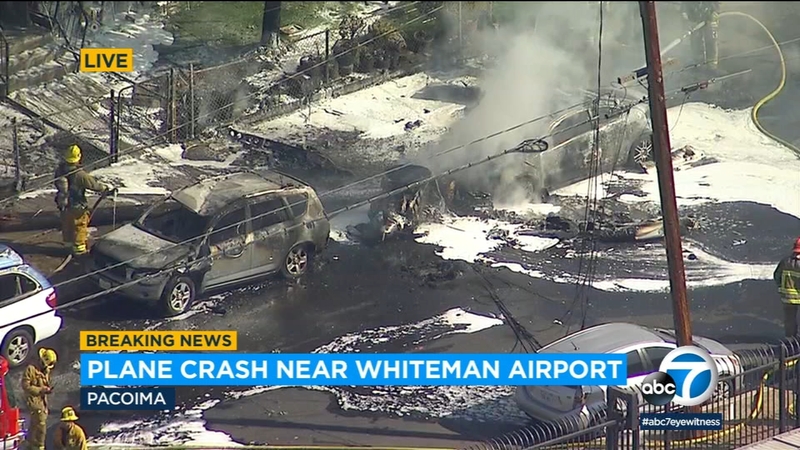 PACOIMA, Calif. (KABC) -- A pilot was killed when a small plane slammed into multiple vehicles that were parked on a residential street in Pacoima on Thursday morning, igniting a fire near several homes, officials said.

In a statement, Federal Aviation Administration spokesman Ian Gregor said the crash happened as the single-engine Cessna 172 was approaching the airport's Runway 12.