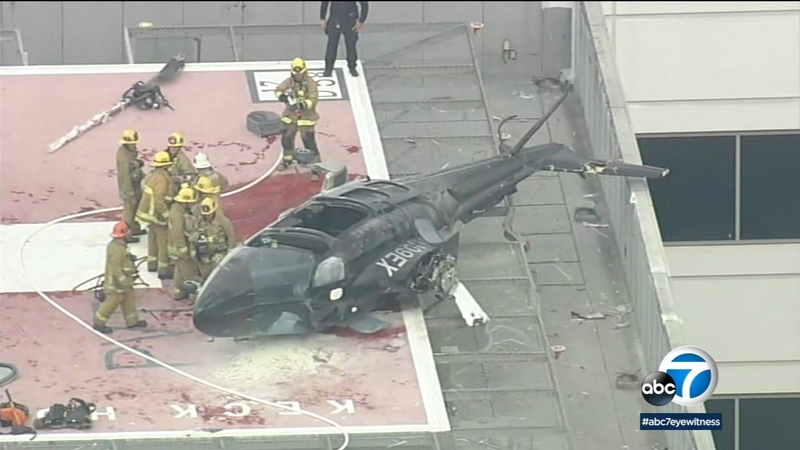 LINCOLN HEIGHTS, LOS ANGELES (KABC) -- One patient was treated after a helicopter crashed and was seen on its side on the helipad of the Keck Hospital of USC in the Lincoln Heights area Friday afternoon.

The Los Angeles Fire Department responded to the hospital on the 1500 block of San Pablo Street around 3 p.m. but there was no fire or known leak of fuel from the aircraft.

When crews arrived, the pilot had already freed himself from the wreckage.

The agency added that the private air ambulance helicopter was transporting a donated heart to the hospital. Fire officials later said the donated organ was "safely retrieved" and handed over to hospital staff.

The hospital says the incident had no impact on patients, but employees and others inside the facility say the building shook violently when it came down on the helipad.

"I was doing notes after seeing some patients and we felt the building shake. We assumed... (it's) Southern California so we thought it was an earthquake," said nurse Daniel Salinas.

Officials initially said two people were being treated. They later clarified that one patient, the pilot, was transported with minor injuries and two other people who were on board the aircraft declined medical treatment.

Details about what led up to the incident were not immediately available.

Norfolk Street was closed between Soto and San Pablo streets, and the public was being urged to avoid the area until further notice.