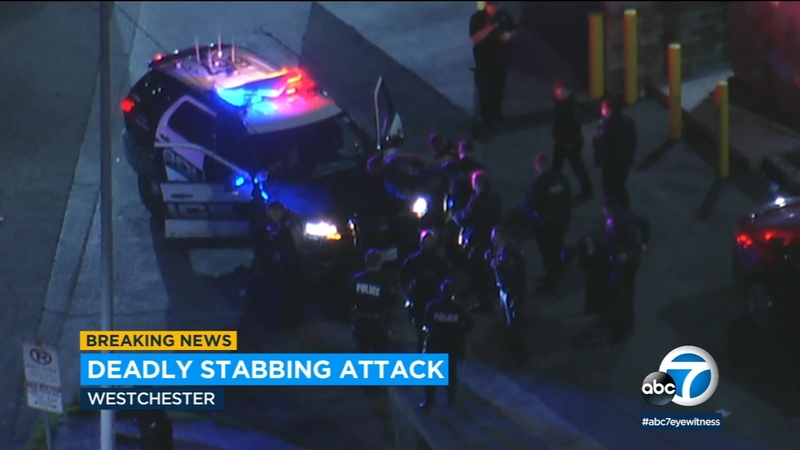 PLAYA DEL REY, LOS ANGELES (KABC) -- A man was arrested after two people were stabbed, one fatally, at a home in Playa del Rey Tuesday evening.

News footage from AIR7 HD captured officers swarm the man, who police say matched the suspect's description, after he crashed a car onto a sidewalk at Sepulveda Boulevard and Manchester Avenue in Westchester and fled on foot.

Los Angeles police first responded to a home in the 200 block of Redlands Avenue after a report of two people stabbed around 6 p.m.

One person was transported in unknown condition and the second victim died.

A search then began for the suspect, who drove away from the scene.

Police were able to track down the suspect and found him hiding in an alley near an IHOP restaurant. He was then handcuffed and taken into custody.

The suspect's relationship to the victims is unknown.