Warning: Some viewers may find the footage in the video player below disturbing.

An investigation is underway after questions about an open container of beer turn into a violent takedown by San Rafael police officers.

SAN RAFAEL, Calif. -- An investigation is underway after questions about an open container of beer turn into a violent takedown by a California police department, sending a man to the hospital and to court on several charges including felony resisting arrest.

However, those charges have since been dropped and the spotlight is turning to the actions of those Marin County police officers.

That man's attorney and experts in the field tell ABC7 sister station KGO in San Francisco this should not have happened. They say those officers used excessive force and that at least one of them lied in his official report about the incident.

Along an industrial section of San Rafael's Windward Way -- beneath the power lines, just past the Canal District Community Garden -- day laborers gather after work to socialize, eat, and drink.

On the evening of July 27, San Rafael Police Officer Daisy Mazariegos confronts three men, including a popular Marin County gardener we'll call "Mateo"; he asked me not to use his real name.

Below you will find some of the transcriptions from the body-worn cameras of those officers.

Officer Mazariegos: "Nothing, there's like a whole bunch of beer over here."

Mateo: "I don't have anything to say."

Officer Mazariegos: "You don't have nothing to say, you're just out here drinking and you think that's funny?"

Then in Spanish, Mateo explains he and his friends like to drink beer after a long day of work, and that they come to this area because neighbors at his apartment complex complain when they're loud.

Officer Mazariegos asks for IDs, and the tension builds after Officer Brandon Nail arrives -- 6 feet 2 inches tall, 250 pounds. He towers over Mateo who is just 5 feet tall, and 130 pounds.

Officer Mazariegos: "Well, I told you to sit down."

Officer Nail: "You know what?"

It appears Mateo is trying to cooperate but he has difficulty finding his ID without standing up to reach into his pockets.

Officer Mazariegos: "Take out your ID."

Mateo: "You have to understand-"

You can see from his bodycam that Officer Nail forces Mateo to the ground over beer bottles, punches him in the nose, and pushes his face into the rough pavement.

Dan Noyes: "And it turns out, he had a broken nose and a concussion."

Police practices expert Roger Clark: "Right, and I have an active case right now where almost exactly this thing happened and the guy is dead."

Clark is a nationally-recognized police practices expert who has testified in more than 1,300 cases.

Mateo: "I did not do anything."

Officer Mazariegos: "I told you to sit down, you don't sit down."

He says Officer Nail used excessive force, and that Officer Mazariegos overreacted to a relatively minor infraction -- an open container of beer.

Clark told KGO, "It sounded to me like a chip on her shoulder. She did not like the response she was getting, apparently. And she comes on strong. And it just goes downhill from there."

Mateo: "I didn't do anything, really."

After the officers load Mateo into a patrol car...

... they discuss what happened with paramedics.

Unidentified Firefighter: "What happened, was it a fight?"

Officer Mazariegos: "Um... uncooperative, so we took him down to the ground."

Officer Nail: "His face is blown up."

Unidentified Supervisor: "How 'ya doing?"

Officer Mazariegos: "Got out of hand. (laughs)"

Unidentified Supervisor: "Okay, you need anything?"

Below is what a sergeant says, as he walks away from Officer Nail.

Unidentified Sergeant: "You're giving me great experience with use of force, dude."

ABC7 News wanted to ask San Rafael Police Chief David Spiller about Officer Nail's record on use of force and about this incident, but he declined our request for an interview. We spoke with his media officer by phone.

Lt. Scott Eberle told the I-Team, "We are conducting an immediate and thorough internal investigation. These actions do not represent the San Rafael Police department and if any of these allegations do become sustained, action will be dealt with swiftly."

He says both Officer Nail and Officer Mazariegos remain on active duty. Another key question - more than 20 minutes after the altercation, Officer Nail comes up with a new detail.

Officer Nail: "He put me in a headlock."

Officer Nail: "He tried to put me in a headlock."

Later, Nail wrote in his police report that Mateo "reached his right arm around the back of my neck and started to squeeze in an attempt to put me in a headlock," adding "he began to swing his right hand at my head, striking me several times on the left side and back of my head."

That didn't happen, according to Mateo's defense attorney, Charles Dresow.

"There was no striking of the officer, there was no headlock," said Dresow.

But Officer Nail's report convinced the Marin County District Attorney to file a felony resisting charge against Mateo and three misdemeanors. Dresow explains the DA filed those charges and set a preliminary hearing date without viewing the bodycam videos.

"Almost immediately upon viewing the actual evidence, the videos, the District Attorney's Office, very ethically, in my mind did the exact right thing and did what they could do, which is dismissed the case," said Dresow.

Several of Mateo's customers came to show their support at the hearing this past Friday. But one more thing still bothers his attorney. More than 20 minutes after he injured Mateo, Officer Nail walks to the patrol car, snaps a picture, and argues with him.

Officer Nail: "And then you didn't sit down and tried to pull away from us, and you grabbed me."

A sergeant already assigned other officers to take evidence photographs. Dresow wonders if this picture was some sort of trophy.

"It's absolutely critical that law enforcement and the criminal justice system treat everyone the same," said Dresow. "Either everyone matters or no one matters. And law enforcement treated my client in this case like he did not matter."

KGO reached Officer Mazariegos by text and she declined to comment.

We called Officer Nail's cellphone, reached out to him through the department and his union, and have not heard back. 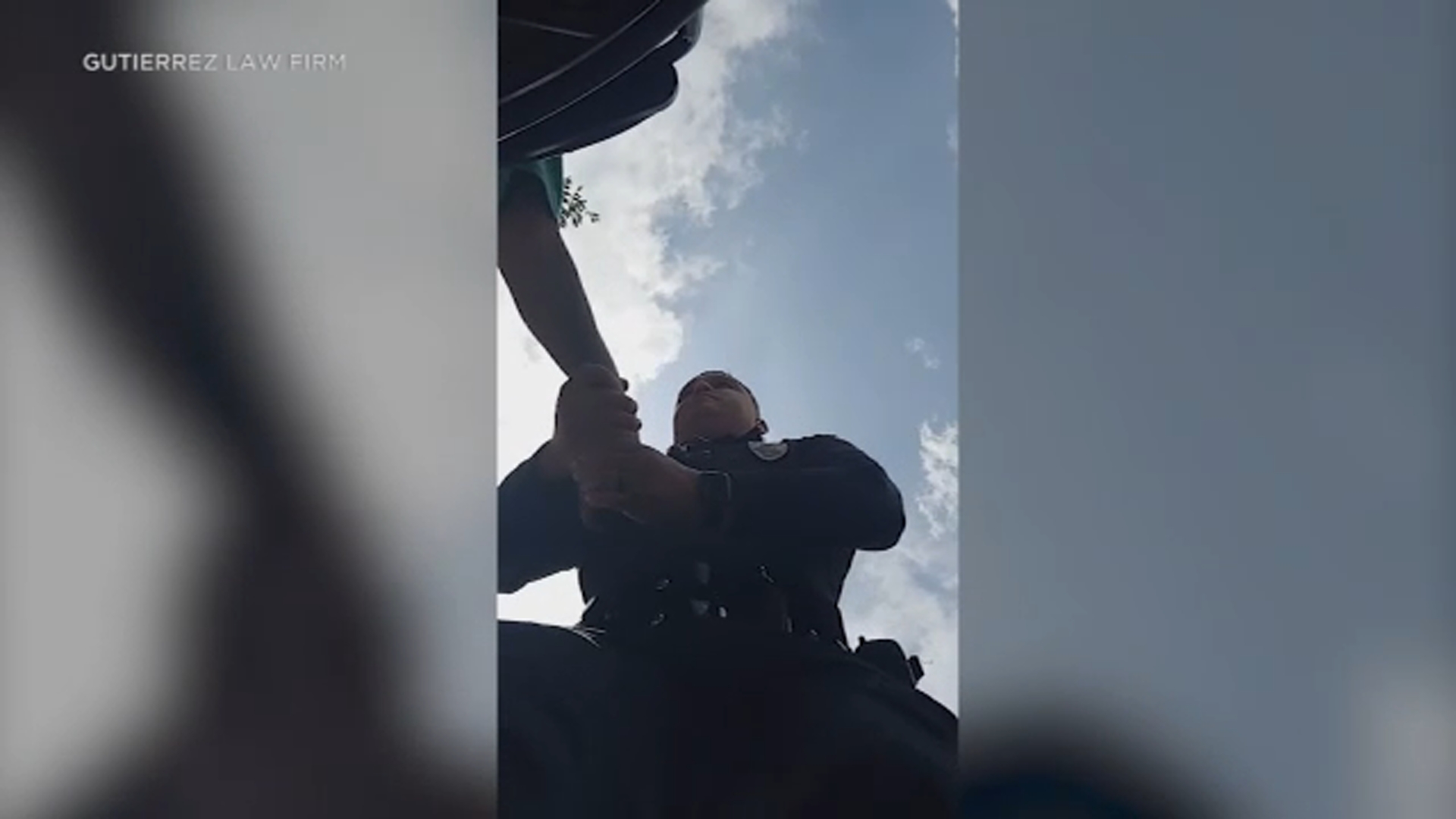 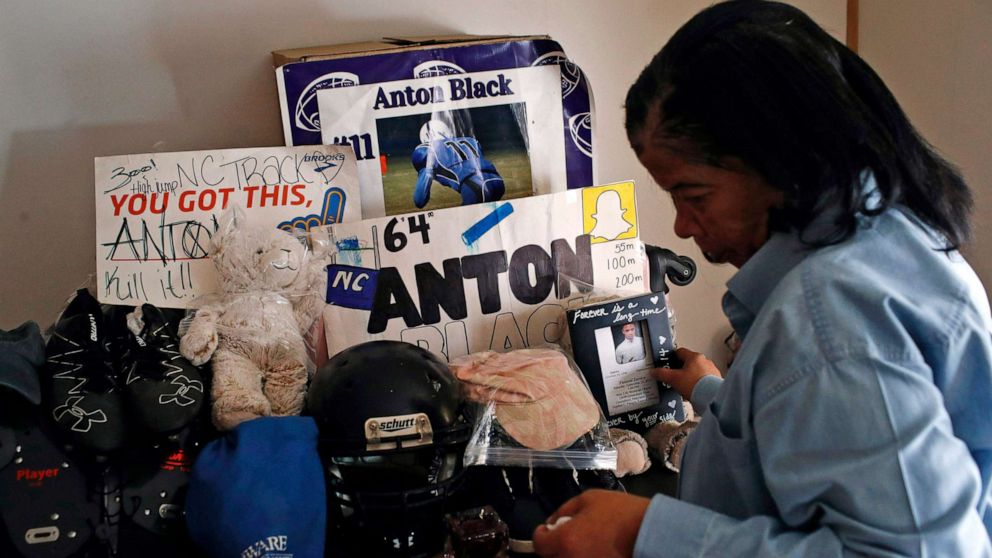