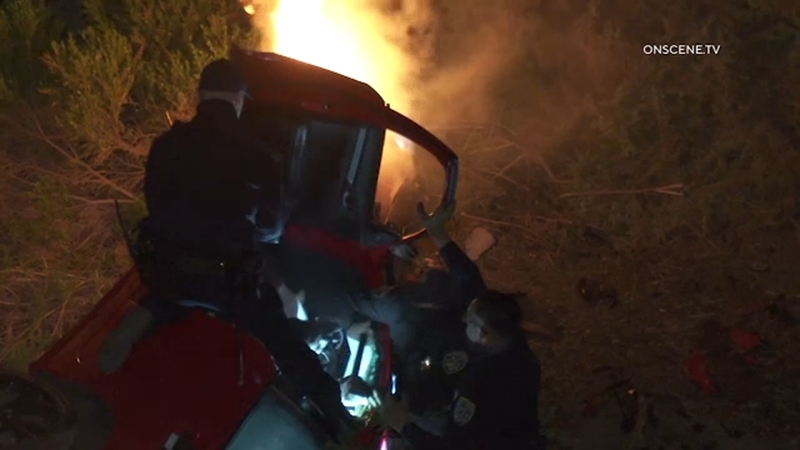 A suspect was rescued after a high-speed police chase ended in a fiery crash near Camp Pendleton early Saturday morning.

The pursuit began around 2:30 a.m. after California Highway Patrol officers tried to pull over a car on the 5 Freeway just south of Irvine, a news release said.

The suspect then led authorities on a chase with speeds reaching 125 miles per hour, according to the CHP.

A spike strip was successfully deployed, but the car went off the freeway and down an embankment, landing near the Santa Margarita River and erupting in flames.

News video from the scene shows officers making their way down to the wreckage, where they were able to extricate the suspect safely.

The driver of a stolen cargo van was taken into custody after leading multiple law enforcement agencies on a high-speed chase across the Los Angeles area on Friday morning.