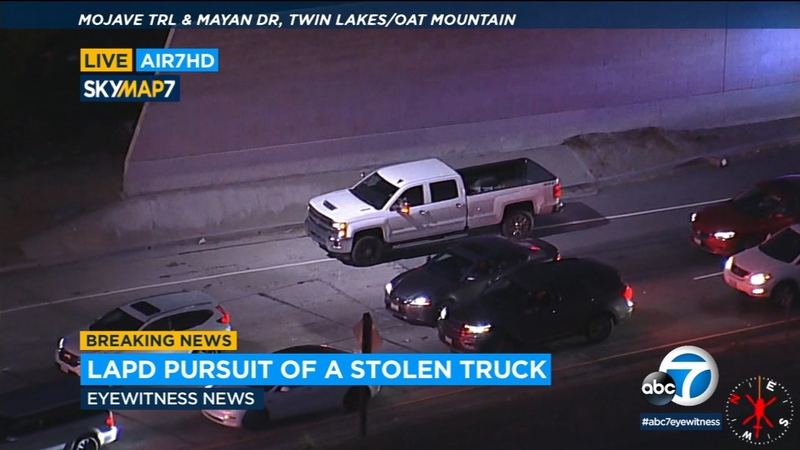 The suspect at times drove at slow speeds but declined to stop even with multiple police cruisers immediately behind.

The chase began just before 5 p.m. in the San Fernando/Pacoima area.

Police spotted the stolen truck and began following the driver, eventually continuing onto the northbound 5 at the Osbourne ramp and then heading west on the 118. The driver eventually exited and ended up driving at slow speeds on Topanga Canyon Boulevard in the Chatsworth area.

The suspect pulled onto Chase Street and eventually pulled over. He then exited the vehicle and surrendered to police just before 5:30 p.m.